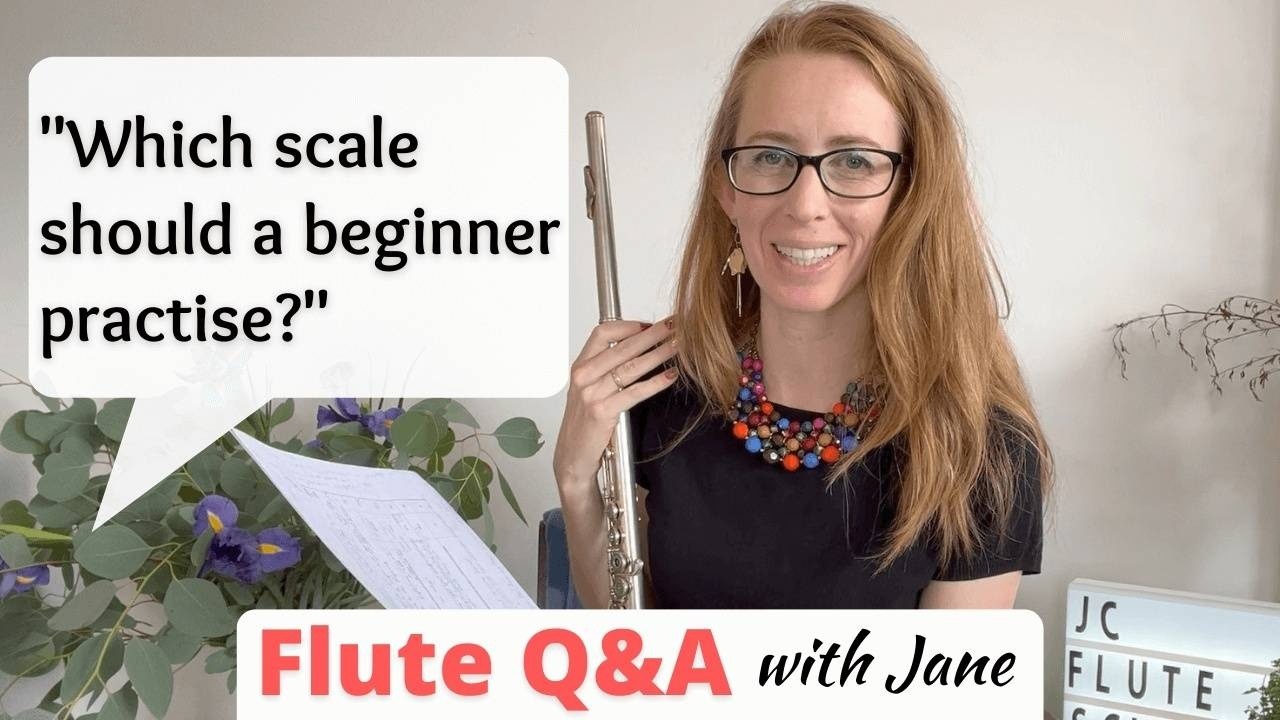 Flute Q&A #28: Which scale should a beginner flutist practise?

In Flute Q&A #28, Bernadine wants to know which scale a beginner flutist should learn first. And that is a great question because the answer is actually really straight forward. There is a specific order in which I teach my beginner flute students their scales, so hopefully this answer will help you.

Which scale should a beginner flutist practise?

Bernadine, the Lifetime of Scales is part of The Flute Academy and you can find out more here.

Welcome to flute Q and A #28 with me Jane Cavanagh. I'm a flute teacher. I love teaching you exact techniques to get faster progress on the flute. So I love teaching proper flute technique. So instead of just saying, you just need to practice more, I actually teach you what to do.

So this question comes from Bernadine and she says, what scale should a beginner practice? So it's a really good question, Bernadine. It's a short, simple question with actually a short, simple answer. It's so clear and specific about which scales -  hang on I'll keep my flute, cuz I'm going to demonstrate this.

And if you're a real beginner, you wouldn't do it anywhere near that fast. You would go one note at a time, very, very carefully to get a good sound. Tell your brain actually compute which fingers you need to put down etcetera.

The Flute Academy with Jane

So that's the first scale that I would teach. Okay. I'm running out of hands. I printed something out for you Bernadine. The 45-day flute transformation within The Flute Academy. It's a very specific step-by-step guide. I mean it's more than a guide. It's like a path to transforming your flute playing. And then towards the end, we speed up your fingers.

In that faster fingers module, I give you a sheet which I've printed out, I wanna show you - called the Lifetime of Scales sheet. So I think it was around day 38, something like that. So this is the sheet and it's a very specific order about how to practice. So this obviously comes along with a lesson in The Flute Academy about how to use this sheet.

But you'll see that the very first - so there's a numbering system of which scales to learn, how many octaves and in which order. Number one is next to F major one octave.

Learning scales on the flute

If you follow this path of learning your scales, it's good because it means that you are continually learning new scales. You're continually getting better, but you are not overwhelmed because there are so many scales.

Is C major the easiest scale on the flute?

So that's why starting on F major is a really good one. It's not too low, not too high and not too many flats or sharps.

So there you go, Bernadine. Hopefully that was helpful. Bernadine, I was gonna say if you're a beginner, but even if you're not a beginner, this is actually for you of any level. If you would like to improve your tone, think about doing the free minicourse. It's three days. It's one technique each day to instantly improve your tone. And honestly, it instantly improves your tone.

You can register at www.flute.school/free and I might see you there and anyone else is welcome to join as well. See you later.