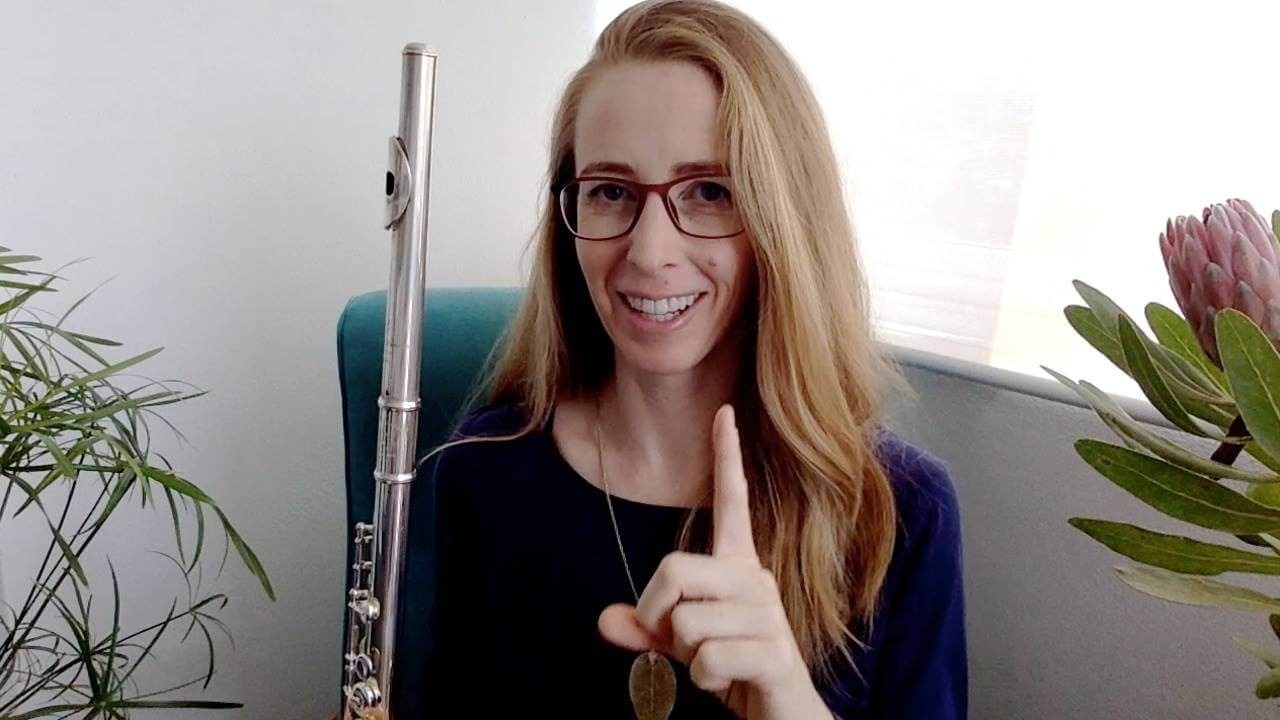 What Did I Struggle With When Learning the Flute?

A few weeks ago, someone asked me the question "So Jane, what did you struggle with when you were learning the flute?"

Well, my struggles - from years ago (but I can remember them like they were yesterday) fall into 2 categories:

I made you a 5 minute video here to tell you exactly what these struggles were.

One step at a time

You definitely don't need to compare my past-problems with your own by the way...

I just made the video so you to know that no one is born being able to play the flute well. It's always a step by step process of getting a little bit better at a time.

And that's how I love teaching! Step by step improvements that all add up to big, big changes.

So the things that I didn't even know I was struggling with. Okay. For example, the flute teacher that I learned from in Paris, the first lesson that I had with him, he showed me about a different way of having pressure on my mouth and a different way of sort of arranging the pressure on my hands. That literally felt like my lung capacity had doubled. I would say even more than doubled, I could get through phrases two or three times as long. It was so amazing. It's so amazing that I've just finished, outlining a course called How to Feel Like your Lungs Have just Doubled In Size. And obviously, that's all about breathing. I'm writing that course. I'm about to record it. And it's going to form part of something called the Flute Teacher School Academy that I'm going to release in a few months later in this year. I'll let you know when it's ready by the way.

Another thing that I didn't know that I was struggling with is that I used to hold my right hand like this. It was twisted across and this pinky was dead straight. I could cover my open holes, but it meant that my wrist was like at this angle. And that was going to cause me significant pain if I didn't fix it. So someone pointed it out to me, how to round my hand and keep my wrist straight. And it made my fingers faster and it stopped me getting any more injury to myself.

Okay. Another thing that I had no idea that I was doing is that I'd always heard people talk about, you need to support the air. You need to use your diaphragm. And I thought that meant I needed to have like a tight, strong stomach when I play. And a guy, this is in Austria, a guy pointed this - he was a flute teacher. He was also a downhill Olympic skier. So he knew about his body from an athlete's perspective. He told me to let that tension in my stomach go and it changed my sound instantly. So there are all these things that I didn't know I was doing wrong. And then when they got fixed, I'm like, yes, that is a good step forward.

Now onto the other point, the things that I actually consciously struggled with, I had to think about this. When I was a kid, it was probably practising enough. I didn't really have the discipline or maybe the encouragement at home to regularly practice at home or practice a lot at home. I could have gotten a lot better, a lot faster, a lot younger if I'd practised more at home. Luckily I made up for that when I became an older teenager and then all through my twenties, it totally drove me so much that I became professional because of that hardcore work that I did in my particularly early twenties. The biggest thing that I struggled with during that time when I was an adult is probably the overwhelm. So the overwhelm of feeling like I needed to be better than I was. That I needed to be getting better, faster.

So when you're part of University or Conservatorium or taking private lessons with a teacher, there's an expectation there. So I struggled with that expectation. The good thing is that I did get better, but I just always thought that I wasn't getting better fast enough. So if any of you feel like that, that you're not getting better fast enough, you have come to the right person. I know all about that feeling. And luckily I overcame it.

I'm gonna talk to you about that specifically in another video coming up. It's how to deal with that overwhelm and how to deal with the fact that you think that you're not getting better fast enough, or that everybody is getting better, faster than you. I have solutions that work. Anyway, so they are the things that I struggled with. Thank you for asking that question, whoever it was that asked those questions. A good one. See you again next week.