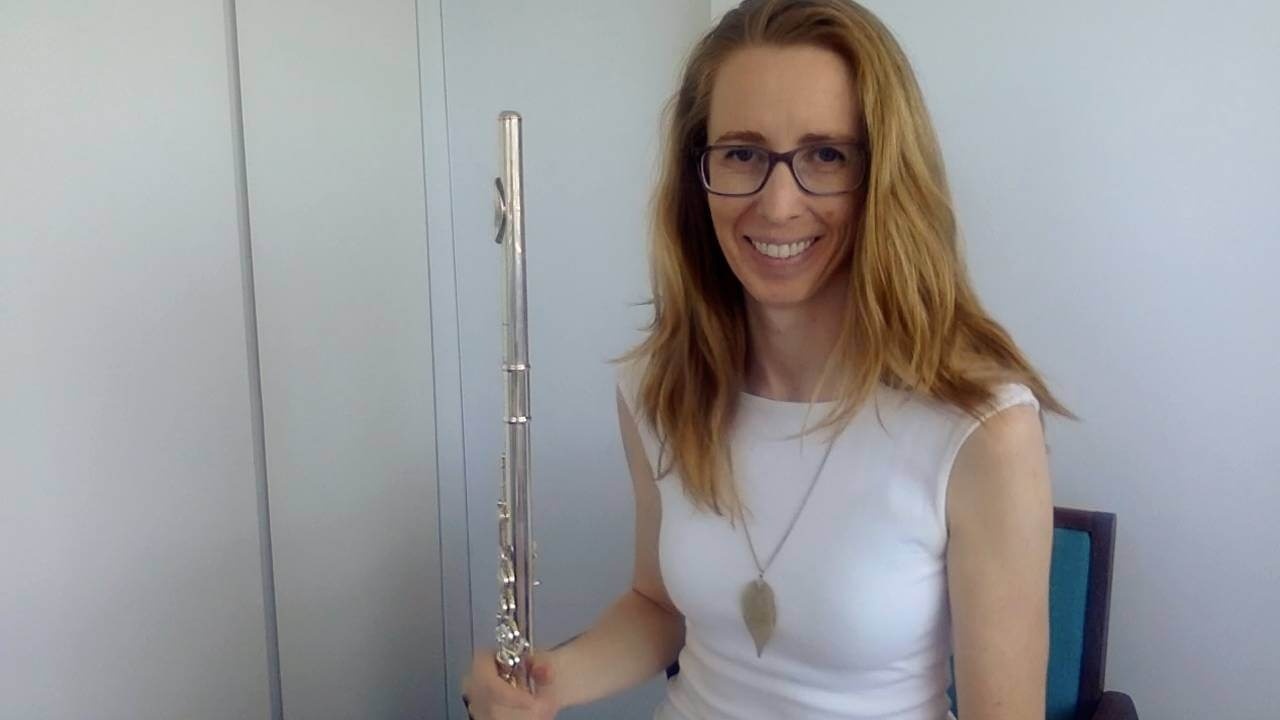 How to Suddenly Get CLEARER TONGUING

Are you sick of sluggish, unclear, or slow TONGUING?

Well, you're in luck. I've just made you a video which will help!

That is, assuming you're interested in being able to tongue notes that are CLEAR and DEFINED. Oh, and QUICK!

(You probably know you can do a course Crystal Clear Tonguing that gets you some pretty shocking clarity in your tonguing. Just have a look here if you'd like to know more about the course.)

However, to get you started towards clear tongued notes, here is this week's FREE video.

In just 7 minutes, you'll learn how to suddenly get yourself some clearer tonguing!

PS. Like always, love it when you leave a comment under the video. Ask anything you want (except the meaning of life)...

So this question is, what does it mean that the breath, not the tongue should start and stop notes. And so then what is the purpose of tonguing exactly? I love this question because it's one of those fundamental flute playing skills, like good flute playing skills that heaps of people don't know. Even lots of teachers don't know to teach this or how to teach it. It's advanced, but it's the kind of thing that everyone should know about because it changes your playing so much. Okay. Think about it like this. Your breath is what makes the sound and it's the tonguing that gives the little bit of clarity or sparkle or articulation on top of that good use of breath. So the tongue adds clarity to the start and sometimes to the ends of notes, but it's not what mechanically should be starting the note. It's your breath that is controlling these sounds. And it's the tongue that adds definition. That's another good word.

So the person that asked this question also said, how do these two things differ? And what does it sound like when playing? So let me give you some demonstrations. This first demonstration is what it would sound like if you were relying on your tongue to start the notes. You could probably best describe it as sluggish sounding tonguing or delayed tonguing, or that you want to tongue at a certain speed or certain position or time in the music. And there's a tiny little delay like it's just not happening when you want. That was terrible. I'm using my tongue to get the air going, and this is not what you wanna do. The result is there, that tiny little delay, and it comes out as just sounding sluggish.

If I speed that kind of tongue up, it sounds like this. It's hard to get it fast. In fact, it's kind of impossible to get it fast. You would describe that as someone trying to start the notes with their tongue. The way to fix this, take away the tongue and you need to get clarity. This is the best exercise. You need to get clarity on the starts of your notes without your tongue, without relying on your tongue. Oh my God, I'm excited. This has such good results, this exercise. So that's fairly good clarity for the starts of those notes without tonguing.

This is a demonstration of someone who has trouble with this exercise because they've been relying on the tongue to start the notes, to start the air. So you can see that those or hear that the starts of those notes are not clear. Right, once you've got the starts of the notes clear without your tongue, then you add a nice little light tongue on the start of the notes to make it sparkle and voila you're gonna have instantly clearer tonguing. Okay, the next demonstration is someone who is trying to do the exercise of clearer notes without the tonguing. But now that their tongue is out of the picture, they start using their mouth to start the notes. This is what it looks like particularly. They are fantastically clear starts of notes without tonguing, but it's your mouth starting it. And we don't want this. So if you're doing that, keep your mouth closed in between each note. And just for this exercise, breathe through your mouth and nose. Probably a bit of both just for this exercise, because it's forcing you to use the air to begin the notes.

Here is a demonstration of someone who is doing this exercise and they're letting the notes go with their tongue which is good, but then they're letting the notes go with their mouth, which is not so good. It sounds good, but that will hinder you later. For example, playing really fast you can't do that when you play fast, there's a limit to how fast you can go. So if you're doing this exercise and that's you keep your mouth closed, let your tongue go at the end of notes and keep your mouth shut.

The sound of those tongue notes is automatically going to become more sparkly. So we've taken care of the starts of those notes. Now that we're taking care of the end, you're instantly gonna get some sparkle to it.

The second one I'm guessing to you sounded a bit sluggish, a bit slow and a bit heavy. So the difference was the first one. I keep my airstream going. So it's the air controlling the sound and the tongue is just delicately articulating, defining the tongue notes. On the second one, the air was stopping and starting and it was the tongue that was getting the note started again. So it was the tongue stopping and starting the note, which you don't want. All right. So I'm pretty sure that answered your question. I hope it answered your question about how the tongue adds sparkle to a controlled breath.