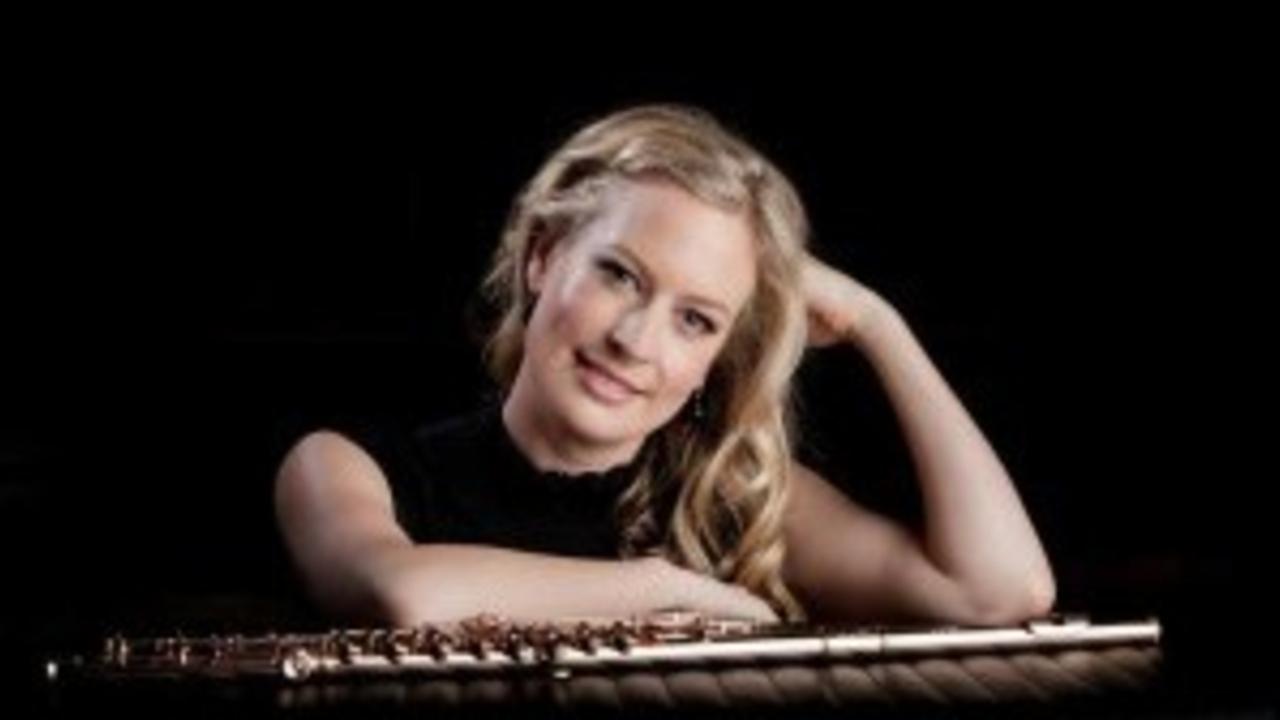 Emma Sholl has held the position of Associate Principal Flute with the Sydney Symphony Orchestra since 2003. She began working with the orchestra at the age of 19 and was awarded the 2nd Flute position the following year. She is also Lecturer in Flute at the Sydney Conservatorium of Music.

Definitely winning my jobs in the Sydney Symphony, I look at all the younger people in the orchestra now and it staggers me that I was so young when I started. I'm quite amazed (and grateful) that my colleagues thought I was capable enough at 20 and gave me the opportunity. I have been there 15 years, changed jobs from 2nd to associate and still find it a huge challenge, but an incredibly exciting and rewarding one on the whole. Playing the Reinecke concerto in the final of the Young Perfromers Award in 2001 - I had been watching it on TV since I was a little girl and my whole family and a big group of my friends were there, my nanna cried as I waked on stage apparently, and because it was with SSO I felt like I had a huge amount of support behind me, that was quite an emotional experience. More recently it would have to be being appointed flute lecturer at the Sydney Conservatorium of music. I had such a great time there as a student, I learned from such wonderful teachers and am loving working with the next generation of flute talents. 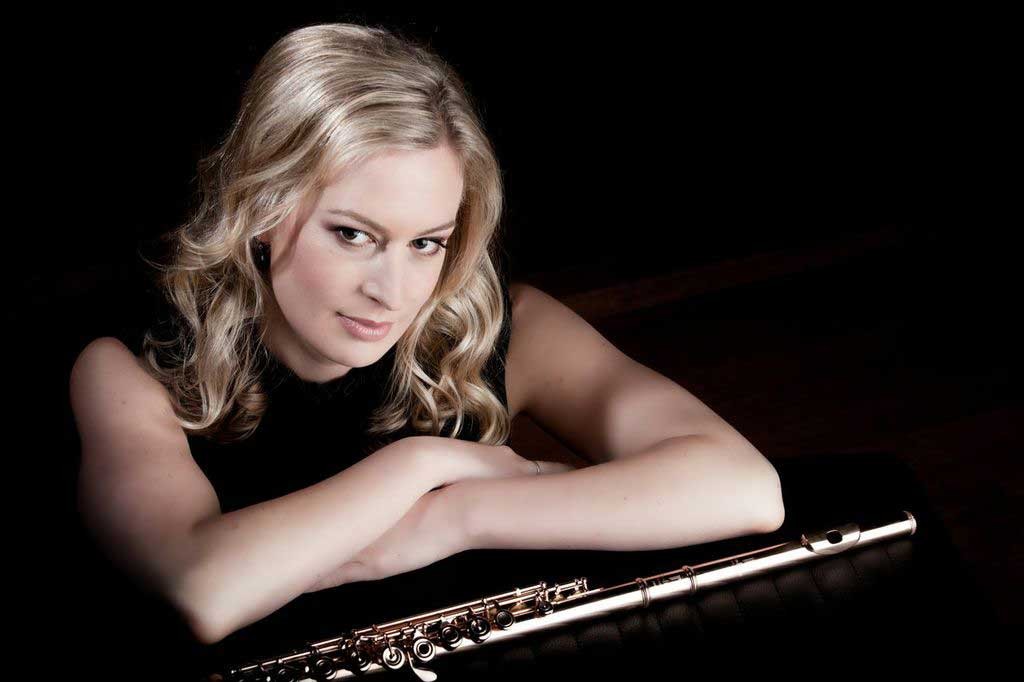 Dedication, awareness and a love of music.

There have been so many over the years, my incredible teachers: Louise Dellit for her passion for flute playing and her ability to constantly inspire me with her ideas and unique creativity while also being a task master and pushing me to my limits as both a teenager and recently! Geoff Collins - I still remember hearing his performance of the Schubert Trockne Blumen (with all repeats) at national music camp one year, the beauty and evenness of his sound and his control blew me away. I also remember his lessons vividly, he taught me about precision- he wouldn't move on until something was right and one lesson I must have played the first two quavers of Mendelssohn 's mid summer night's dream scherzo solo about a hundred times before he was happy! Margaret Crawford for being such fountain of knowledge of flute playing and music, for her story telling, and for being such an all round gem that I've told her in the past she should be bottled. Alison Mitchell taught me so much about orchestral playing including openness of sounds, blend and intonation and attention to what is going on around you. I learned this in lessons and by osmosis sitting next to her in the orchestra for 3 years. Jacques Zoon for his wacky genius and playing unlike any other. Finally Emmanuel Pahud who was never my teacher but makes playing the flute look incredible easy- I love watching him breathe - there is no strain, he has a completely relaxed face and body- in goes the air and out comes more of that beautiful sound!

Well that's all a matter of opinion really! Up until I was about 20 I practised every day, birthdays, Christmas, holidays. My dad insisted on it when I was a child and then it became something I loved the ritual of. When I started working in the orchestra those first few years were particularly intense, learning all that new repertoire and still finishing my degree at the con. By the time Christmas holidays came around I really felt I needed a break both mentally and physically. I remember the first time I took 2 weeks off I felt all twitchy in the fingers after a while, like my body wanted to get back into it and I was quite fearful of how I would sound. The funny thing is I actually felt great when I started again because everything felt so relaxed- my body and my embouchure, and it didn't take too long to feel back to normal, a few days really. I always have a break over summer now and look forward to it instead of fearing it which is probably half the battle won! 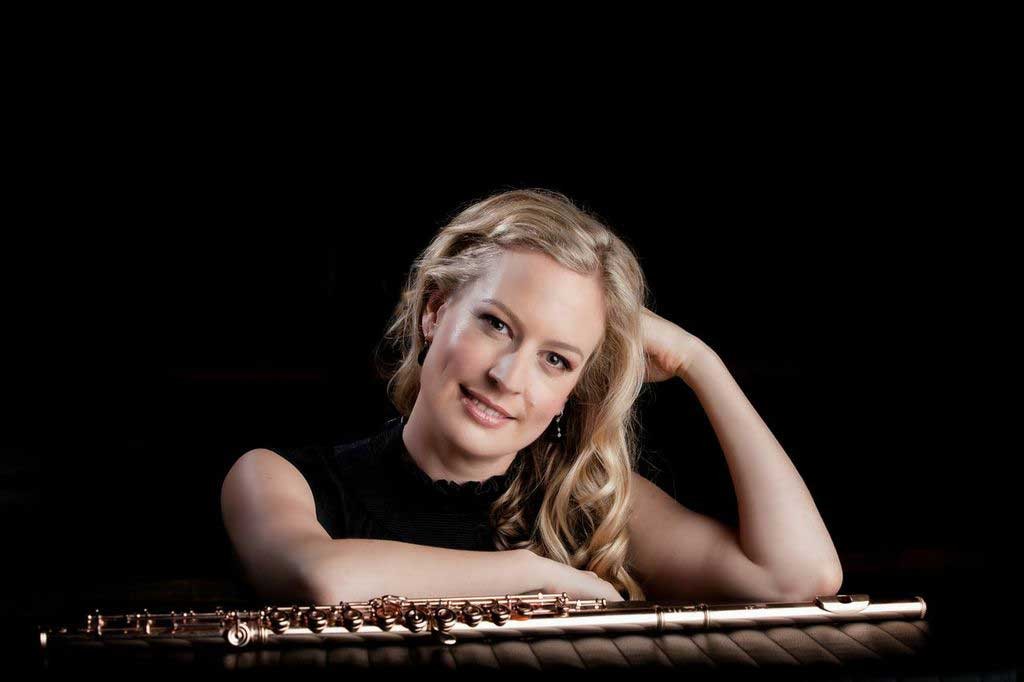 Gosh, that's a tough one. I was always extremely diligent and eager to please my teachers and I clearly remember one piece advice was from Jacques Zoon just before I left Geneva to come home for the contract as Associate with SSO. He said to me "you know Emma, every week I tell you to do this or that with the music or your technique and you come back the next time and you can do it but what I really want to hear is YOUR character and YOUR ideas". Basically he encouraged me not be afraid to say things in my own way, to have my own voice, which I found really liberating and have since thought about a lot.

Use plenty of air, relax your lips and have a great time learning lots of new music!

If you're convinced you'll be convincing.

Louise Dellit taught me so much about posture, making sure your body is a rag doll despite all the concentration and intensity of music making. It never helps to have tension in your body and I've (touch wood) never had any serious problems to date.

I am one of those odd people that actually enjoys playing scales so lots of those, in many varieties- great for fingers as well as evenness of sound over the whole range. Also diminuendos in the 3rd register for fast track muscle training ! 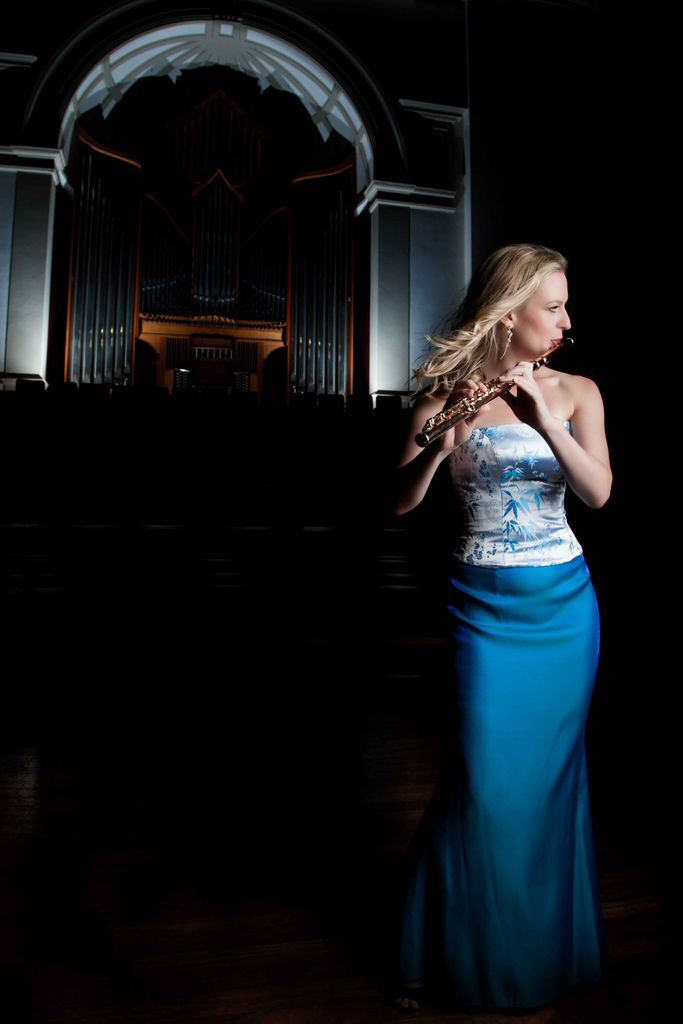 What’s the funniest or weirdest thing that has ever happened to you as a professional player?

Gosh, so many things happen in concerts that probably don't translate to be as funny as they were at the time.... The SSO flute section has on more than one occasion lost it completely with the giggles when trying to do low flutter tonguing rather unsuccessfully or whistle tones that are being stubborn... There's nothing like a bit of adrenalin to make the giggles worse despite the daggers from the conductor! Oh I remember a particularly funny moment in the slow movement of Shostakovich 5th symphony- a really sombre solo and my A flat / G sharp key had water in it so I sounded like I was playing jazz as the crunching G eventually turned into a G sharp when the water moved! And finally once walking out on stage with my dress tucked into my knickers and being saved from mortal embarrassment after a couple of steps by a very kind second violinist!

Other than the orchestra, what's your most recent project?

I released my first flute and alto flute cd with the wonderful harpist Jane Rosenson this year- it's called Vignettes and is a mix of Australian and international contemporary music that has some beautiful melodic tracks as well as energetic rhythmic pieces and features double bass and percussion on some of the tracks. It was a fabulous opportunity to record compositions that were written specifically for the project, and do our own arrangements of works. One of the most satisfying outcomes is that there are now some great new works available for musicians interested in playing chamber works for that combination of instruments. It was such a time consuming project, we produced and released it ourselves and it was a steep learning curve- I really had no idea how tiring it would be. In hindsight even though there were moments when I had my doubts, I'm glad we persevered- it felt bit like climbing a mountain and when it was all done I had that feeling of relief and exhausted satisfaction. (Emma's CD is available from Flutes and Flutists in Sydney and Readings bookstores in Melbourne, or online through iTunes, and cdbaby.)