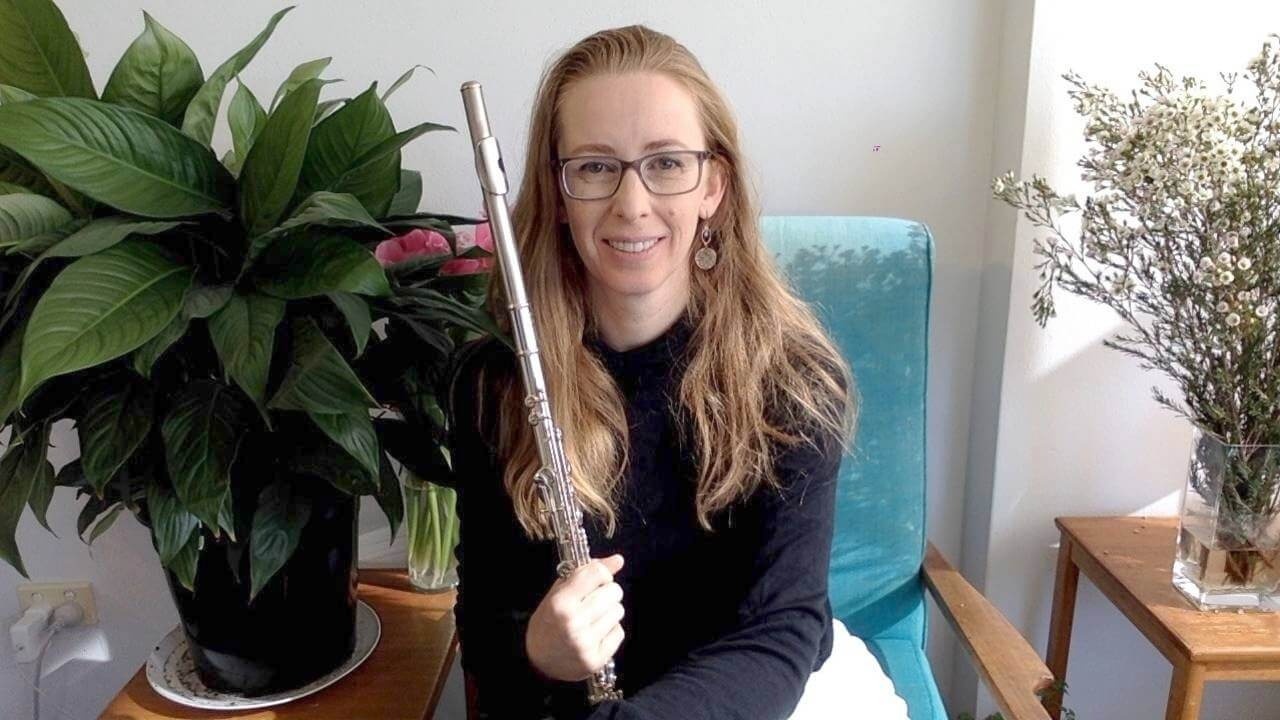 Stay well, look after yourself, and hopefully these mini-lessons are bringing you joy in an otherwise difficult time in the world.

Which flute Bb is correct?

Three different B flats on the flute

And in this mini-lesson today, I'm going to teach you why there are three different fingerings for B flat and the situations where you would use all three. So by the end of this video, you'll know which one is correct. My name is Jane Cavanagh. I'm a flute teacher in Australia, in Sydney, and I love showing my students how to get faster progress on the flute, using proper technique on the flute.

How to improve your tone on the flute

So stick around to the end of this video and I'll show you how to do the free minicourse that shows you the proper technique to instantly improve your tone.

Thumb Bb on the flute

B flat next to B natural

The only situation where you wouldn't use this for your B flat is if it's next to a B natural. And the reason for this is sliding between B flat and B natural is really hard to control and have good precision when you're playing fast music.

The long Bb on the flute

How to play A# on the flute

This B flat that we've been using the long B flat is the B flat that I teach beginners when they learn to play, I teach them this for about six months to get used to it. And then I switch them across to mostly using the B flat thumb.

The Bb lever key on the flute

Playing between A and Bb on the flute

So the long B flat that I just showed you before that still comes in handy even if you do use this lever. Now, the reason it's good is because you can play between A's and B flats really smoothly, really smoothly. There's almost no clunk between them like this.

So you can actually leave a key down when you play between A's and B flats. You don't actually leave it down, but it just means that when you're doing a transition. So in a chromatic scale, you can be a little bit sloppy with this key, with this B flat key, lever key, and it doesn't matter.

The 3 B flat fingerings on the flute!

So they were your three B flat fingerings on the flute. And number one, the thumb version comes with a word of warning. There are two notes on the flute that you can't leave that thumb, and you have to have it on the natural key instead, apart from B natural, of course.

The two notes you can't play with your Bb thumb key

So to summarise, I'm gonna be really clever here to summarise these three B flat fingerings,  I have a rule of thumb for when you use your B flat thumb. Now you think I should use this, this pun more often, but honestly, I just thought of it.