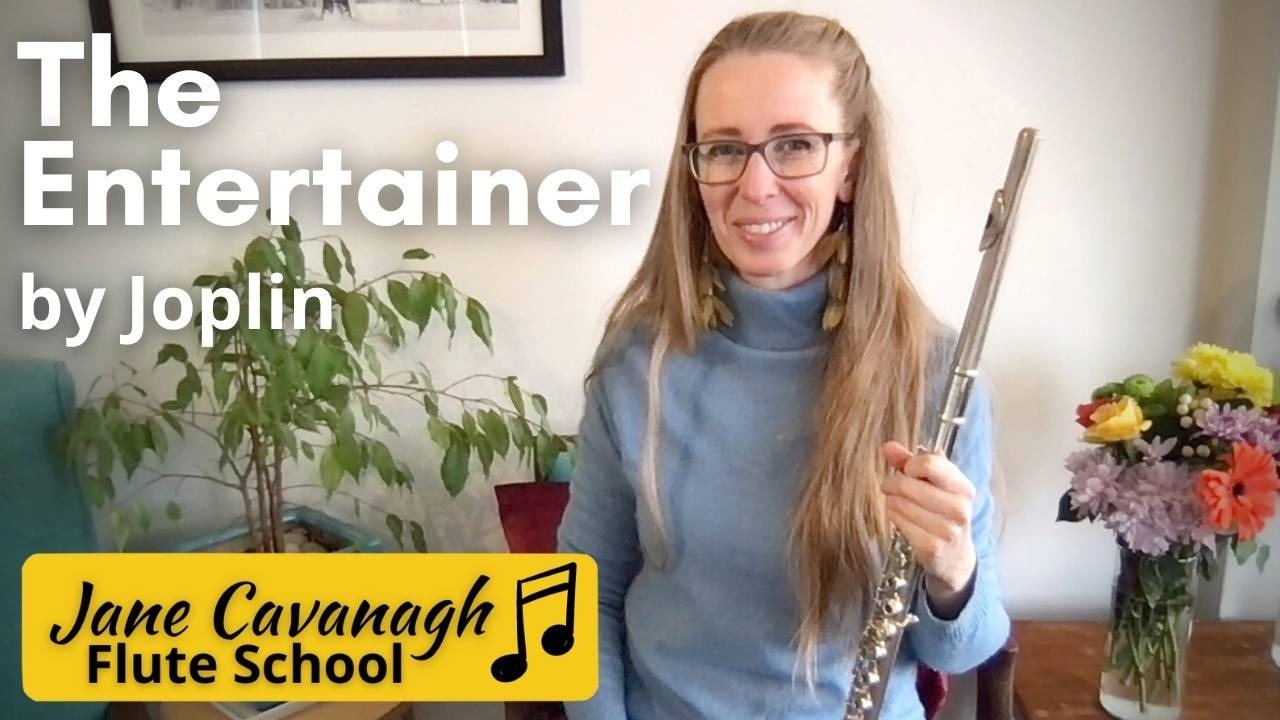 The Entertainer on flute!

The famous tune The Entertainer, by Scott Joplin, really suits being played on the flute! This is what it sounds like.

Plus, you'll get a handy tip for playing high notes more easily, softly and sweetly - and THAT comes in really handy for playing this version of The Entertainer.

> Download the sheet music for this song for free here.

The Entertainer by Scott Joplin

How to play high notes more easily on the flute

Stick around to the end of The Entertainer and I'll show you a little, a little technique change that you can make to make your high notes easier.

So there's quite a lot of high notes in this piece. So I want to give you a little tip to see if you're playing high notes the right way, and also to fix it if you're not. So there are basically three ways of playing high notes. There is the way where you simply blow harder. And blowing harder, forces the high notes to come out, the problem is though, you go sharp, you run out of air really quickly. You don't really get a very good sound for your high notes and you also sometimes don't even get high notes. So they don't come out.

The second way of playing high notes is where you squeeze to force the high notes out. The problem with this, you also don't get a very good sound. You also sometimes can't get the really high notes and you fatigue as well. And the problem with fatigue is that you get tired and then you can't play even high notes because you've just gotten so tired. So you basically want to be keeping this as relaxed as possible.

So that uses barely any air. And then that top A is soft. It's in tune and it barely uses any air. And you weren't fatigued because you're not using face muscles. Well, not as much as if you're squeezing to force the note out.

The 3 ways of playing high notes on the flute

If you'd like to know step by step, that's what I teach in my flute academy. There's a whole module on the real way of playing high notes. And it take you step by step through the exercises to be able to do that. So it's obviously there's more to it than just going, okay, simply just simply just do it. So you actually need to learn the mechanism and then step by step incrementally, add it into your playing so that then it becomes a habit.

So you can have a look at The Flute Academy and what you learn at www.flute.school/academy. And I'd love to see you there. See you.