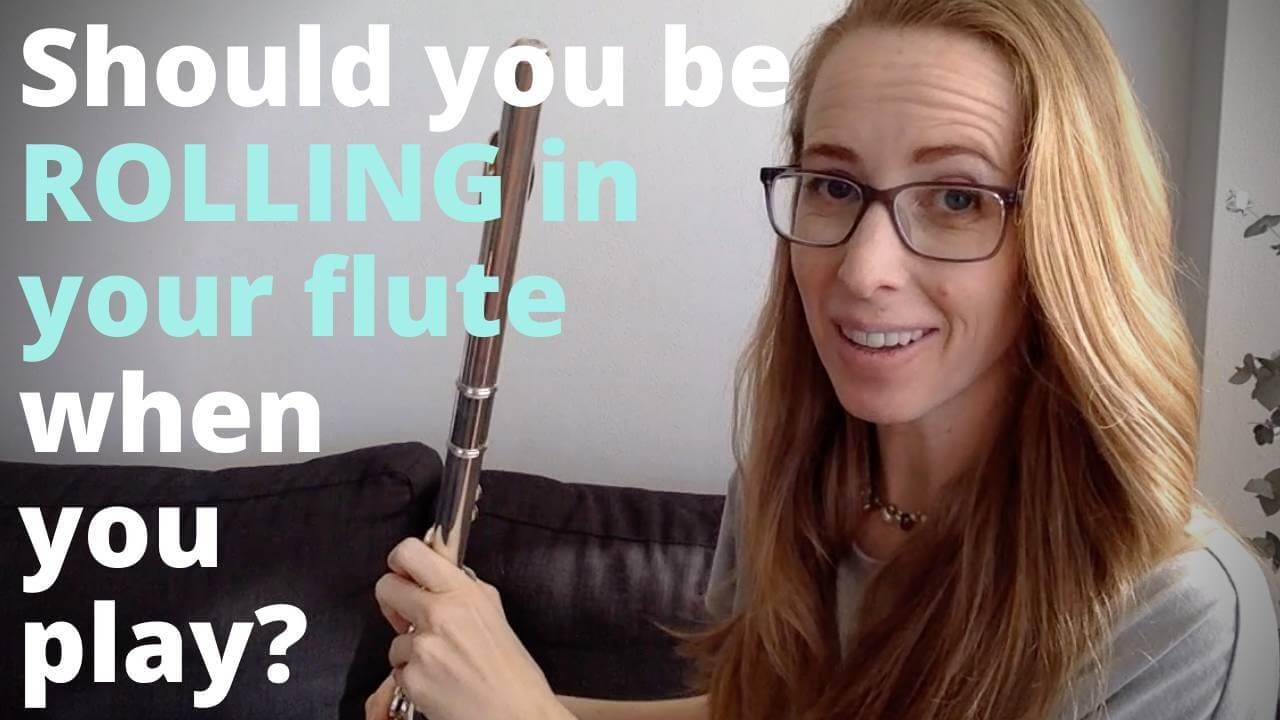 Should you be ROLLING THE FLUTE IN when you play?

A couple of weeks, someone emailed me to ask "Should I be rolling the flute in when I play?"

Should you be ROLLING THE FLUTE IN when you play?

I thought *gosh*, I bet there's more than one person that wants to know the answer to that!

So I made you a 3 minute video that demonstrates why rolling in is bad.

Plus - what to do instead so that you can play with a strong, clear sound (and control your high notes properly).

Rolling in the flute when playing

I'm going to answer the question. Should you roll the flute in and out when you play? So the short answer's no. And I'm going to tell you why that is bad for your flute playing if you do that and what to do instead after the break. No, I'm just kidding. there's no break.

So I am Jane Cavanagh from the Flute Teachers School, and I love telling people like the proper way to play the flute, the foundations, the fundamentals of technique, so that then they can build on that and quickly get better.

Not only do they build on that and quickly get better, but it actually reverses bad habits that people have pretty quickly as well. Oh, and I should say stick around to the end of this video because you can come and learn more from me for free about how to quickly take your fluffy unclear sound on the flute into a clear, strong sound.

Rolling in and out the flute is bad

Okay. Let me tell you why rolling in and out as you play is bad. Some people find -  this might be you, that they need to roll in to actually get a clear sound, either up high or down low. So up high, this is keeping the flute steady. So not rolling in, not rolling out. This is good.

Now some people find they need to do this to get a sound. Just to be able to get that high note to come out clearly.  This is bad because it goes flat and you could tell the sound goes kind of strangely squashed. Some people find they need to do that rolling in for low notes to get them to come out. So instead of that, they need to go. Same thing.  The sound goes flat and squishy. Sounds really squashed and like a strangled, not so pleasant sound.

Okay so that's why you shouldn't roll in and the reverses roll out. Now what to do instead. If you find that you are someone who needs to roll in, when you play up high or down low, or just even at all, it means one of two things.

Either something is out of alignment. Like you're not putting the flute in the right spot or you're not blowing in the right direction or second thing it means that you're too smiley when you play.

So what to do about it? Well, I'm very glad you asked. So I'm running some online master classes and if this is you, I want you to come and join in. So go to www.flute.school/free. And in that masterclass, I show you the fundamental ways to get a really good sound on the flute. So this improves your fluffy sound if you have a fluffy sound and the fundamental technique about how to get high notes without needing to roll in. So see you there, register at www.flute.schoo/free and I'll catch you in the masterclass. Bye.