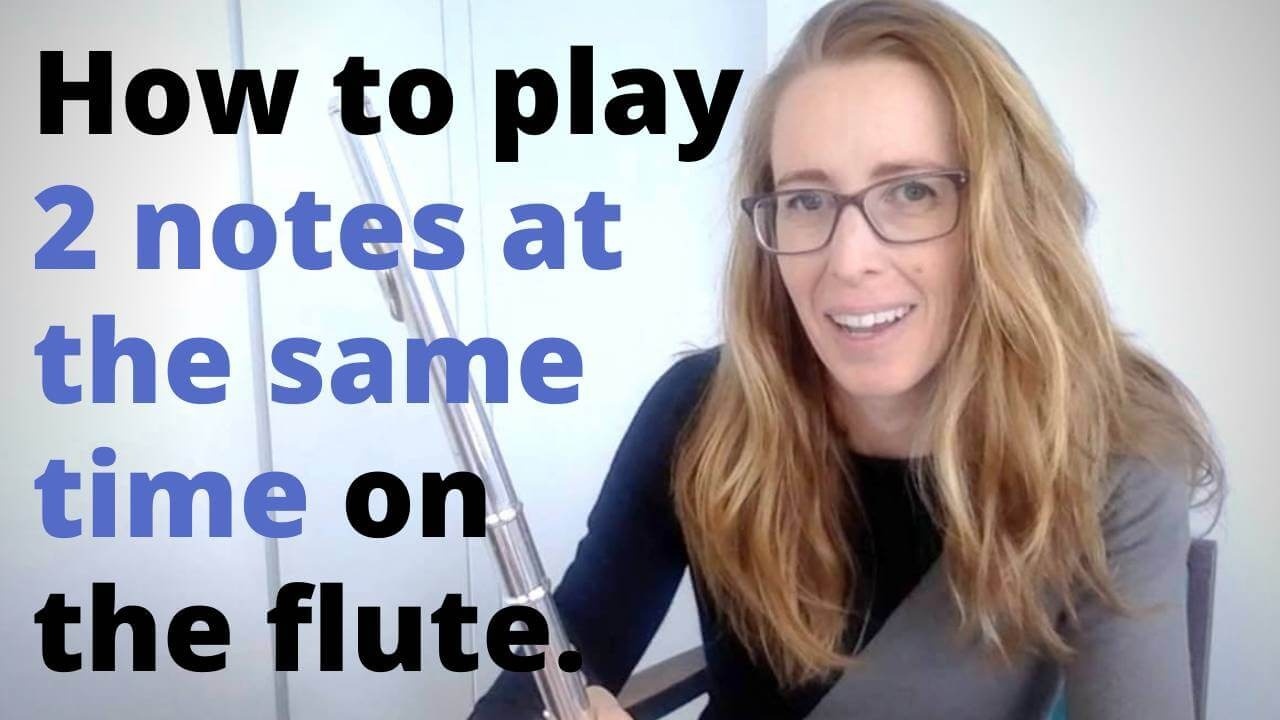 Is it Possible to Play 2 Notes at Once on the Flute?

That's a really good question. The answer is YES and NO. Haha, I know. Funny answer!

Basically, the flute can play 2 notes at once, but it's not designed to. So it doesn't sound very good...

In this video, I explain more, plus show you my two favourite "multiphonics", so that you can have your own party trick of playing 2 notes at the same time!

Okay. So then they're at the instruments like the flute that are not designed to play more than one note at a time. Their job is to play a series of single notes. You can play it really fast. You can play it really slow, but it's always one note at a time. However, there is a bit of a hack that you can do or a party trick, or you could also call it an advanced technique or a contemporary technique. It's called multiphonics. And it means that you can actually play more than one note on the flute at the same time.  So the second part of this video is I'm going to show you my two favourite multiphonics so that you can play them as well.

So to answer your question again, can the flute play two notes at once? Yes, but it's not designed to. How about that? That's a better answer isn't it? If you wanna look further into this, there's actually a composer called Robert Dick who does lots of compositions using multiphonics. There are a lot of other contemporary composers around that also use these extended techniques or advanced techniques. And one of these techniques is multiphonics. So by all means YouTube him, YouTube multiphonics on the flute, YouTube multiphonic pieces on the flute. Google it, find some music and play it, but just know this is an extended technique. This is not your regular part of learning to play the flute. So enjoy. See ya.