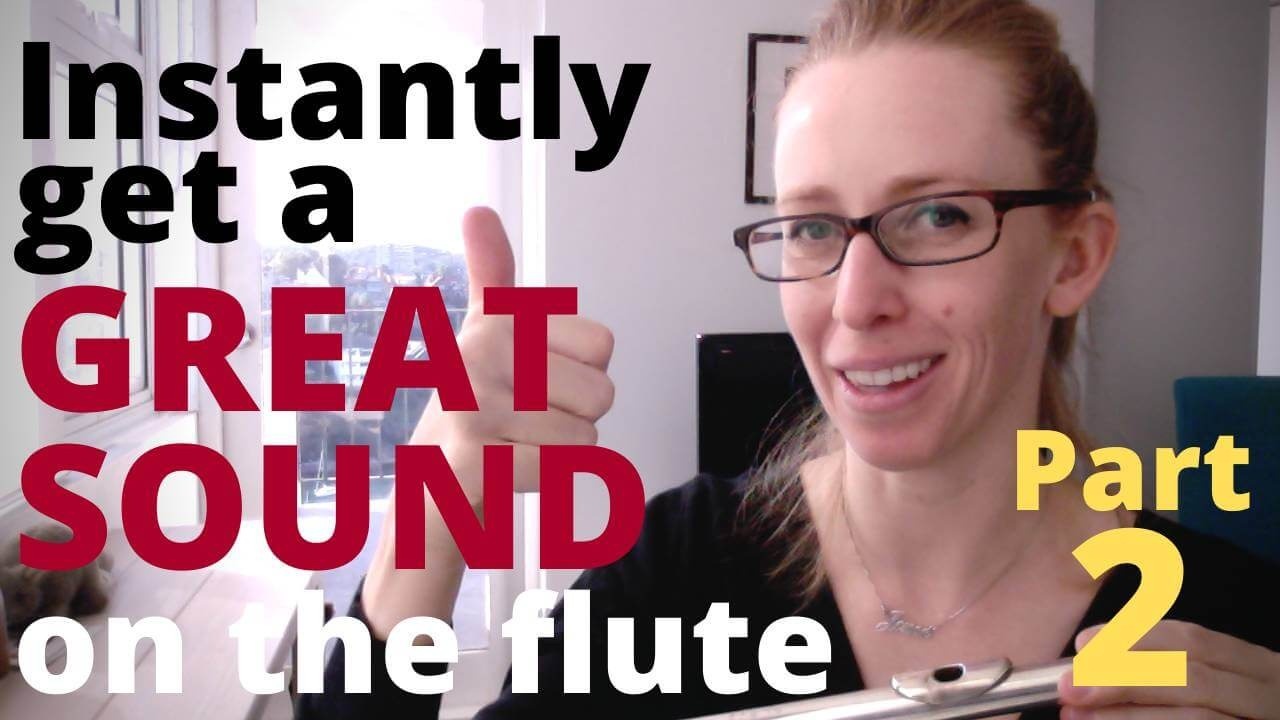 Not sure on the correct flute embouchure?

In PART 2, I show you how to use your correct flute embouchure on the flute so that you get a GREAT SOUND - first go!

When you know how to set up your embouchure correctly, you'll be set for life. You'll never need to try and "fix" your embouchure again, because it's perfect from the start.

This is video number two on how to teach a flute embouchure. Watch video number one first, because it shows you exactly how to get the right shape of your mouth and how to blow. I'm gonna put a link there so you can watch that video.

So at this stage, you have your students doing this and I will resist the temptation to tell you what I'm doing because that's all in the first year. Excuse me, I just had to move my leg there. By the way I am Jane. I live in Sydney.  Jane Cavanagh in Sydney, Australia, but you probably knew that from the way I speak.

You're going to have your student blow in the air like this and you will take the headjoint and you are gonna put it up to their mouth. And I'm going to show you exactly where to put it. This is like from a physical, what makes the sound great point of view?

So when you put the fluid up to their mouth, this edge that is closest to you to the player goes exactly on the join between your lip and your face. So that edge you'll see it's exactly there. If I roll it out, it's exactly on that point. That's a good start. But that's only part of the story.

When your student or you as a matter of fact are blowing the airstream, hits the opposite edge of the embouchure hole and the air splits in half. Half of it goes out of the flute and half of it goes into the flute. That's what makes the sound. And if you can get that spot on, you're going to get a good sound.

They're going to blow. You are going to do this and you get them to do that a few times. They will have a total tendency to do this with their neck. So the way to get them to do that, I talk about having a string coming outta their head, pulling them up so that they're nice and tall. But lately students have been finding that creepy <laugh>, which is really fair enough, honestly. So you can think, get them to think about feeling tall so that they don't do this.

You bring the flu up to them and they go. Once they've got that sound, you keep it on their mouth and get them to get that sound again. If they can do that, take your hand off the end and do the same thing. This is a little harder to get. It needs a little bit of a bit more pressure from the air and do that a few times. It's really actually important. This is totally counterintuitive to musicians.

If you have those three things, which you can normally do in a lesson or two, I spend at least a couple of lessons doing things with this. If you think of those three things, the sound will come and it will come strong. So you may end up getting no sound like this, but when you do get a sound, it's a very good one.

Hey, how that's either no sound or a good sound. That's fine. That's like totally fine. That's the best cuz it means that you are hitting the spot and getting a great sound.

Next step. Your aim is to give this to the student and have them do that by themself. But the only way they can do that is if they've memorized the feel, the feeling of having this put there by you on their mouth. Get them to memorize how this feels, say, remember how this feels because you know, just because. Remember how it feels. And they're gonna remember that sensation of where it is and the way they're blowing. You give them this they'll probably go back to the tendency of wanting to go.

So remember tell them, bring the flute to you. Not you go to the flute. Have them do this first, cuz it's the easier one. And they bring this up to their mouth. If it works, if they get it in the right spot, put it on repeat. Do it again and again and again, take it away, bring it back. If it works, see if they can do this.

Use their finger. Just put this on, repeat. Get them to do as much as you can with the headjoint. When they're got those three factors, that triangle all perfectly aligned. The reason for that is when you go and stick on the rest of the flute, they won't have to think about blowing at all. They're going to have so many things to think about. How to hold the flute, where their fingers go, combinations for fingering, how to actually take the weight of their flute on their arms, how to stand, so many things. If you take the complexity of knowing how to blow out of it, they will be on the road to being a genius flute player.

By the way, I'm researching for making a course on all of this stuff. An online course with lots of little videos, feels like this is over five minutes. I'm gonna have to get better at that.

So course, I'm gonna put a little link there and if you want, you can give me your email address and I'll tell you when the course is being released and that's that. So I really hope that this helped you. Have a great day, night, weekend, whatever you're up to see you later.