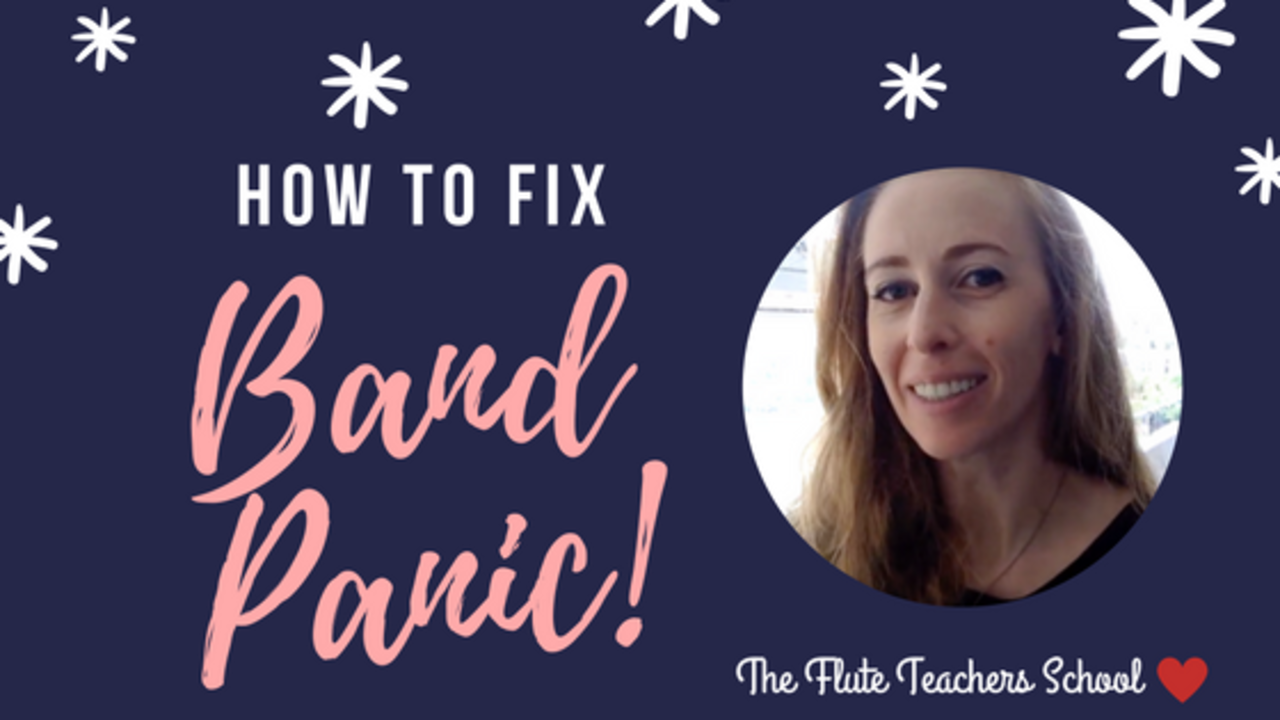 How to Fix the Band Panic!

I taught a lovely student Isabelle this morning who has suddenly come down with a pretty serious problem in her playing.

If left "untreated", it will develop into her playing terribly and feeling stressed about it. Both bad things!

I just sent an email to her mum about how her daughter is starting to rush and play lots and lots of wrong notes.

And I wanted to share the email with you because you may well find it as compelling as me!

The background is that I discovered something last year that has been groundbreaking in having some of my students instantly improve.

Like within 3 minutes, they sound like a much more advanced player. (So I guess technically that's not instant, but it's pretty close!)

This "affliction" affects players who play in a band or other ensemble that they find challenging.

That's the key. If an ensemble feels challenging.

If you (or any of your students) fit this bill, this story about Isabelle is for you.

I saw something in Isabelle this morning which happens to some students that play in band. It was really obvious in her today, and it's because I think starting (the significantly harder) band this week was a bit of a shock!

I'm paying attention to this because if not careful, this thing will overcome her (in a bad way). At the same time, I know how to manage it, and wanted to tell you how I do it so that you know how you might be able to help at home sometimes.

When students (who care about how they play, and are good - that’s Isabelle) go into a band that’s throwing them in the deep end with harder music, a part of them starts to panic because they can’t keep up.

And, the bad thing is that that panic carries across to normal practice, and flute lessons.

So, what an outsider would see is her rushing and making lots and lots of mistakes.

Many teachers try to fix the problem by telling the student to "just slow down and play the right notes!!"

But it doesn't address the issue at heart, so ultimately doesn't work.

The real thing that’s going on in her head is that she feels like she’s being left behind in the music. And she's panicking.

So she tries harder and harder to keep up, which makes it worse.

And the problem is that this feeling of panic carries across into home practice (and into flute lessons).

The real fix is to first acknowledge how she feels. I could see the panic on her face, and so I told her I know she feels like she's being left behind!

Then I told her that there's no band playing with her right now, that there’s no need to rush (or feel stressed), and to deliberate take her time and carefully get the right notes.

It’s seriously miraculous how much she improved with this advice. She showed me that today!

With your help, if we can instil this way of thinking (and show her how much better she plays because of it), she’ll start doing it as a habit. The band panic will always be there, but at least we can restrict it to band!

Band is certainly good for her - no question about that. It will push her. But I just need to keep the panic out of her home practice, because it stops her progressing, and worse, it makes her feel terrible about her playing!

She's an excellent student, and she'll be totally fine once I teach her that she doesn't need to rush and "try and keep up" with an imaginary band when she's practicing at home.

Whether this hits home with you as an adult player, or your students if you're a teacher, think about how calming down the panic inside a student who really wants to improve, and definitely doesn't want to be left behind, makes an unbelievable change to their playing.

Perhaps you can apply this too?

How to Teach an Absolute Beginner: Their First 10 Lessons

Setting up a beginner for total future success. 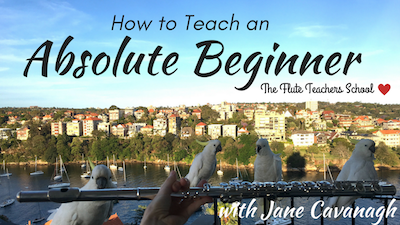