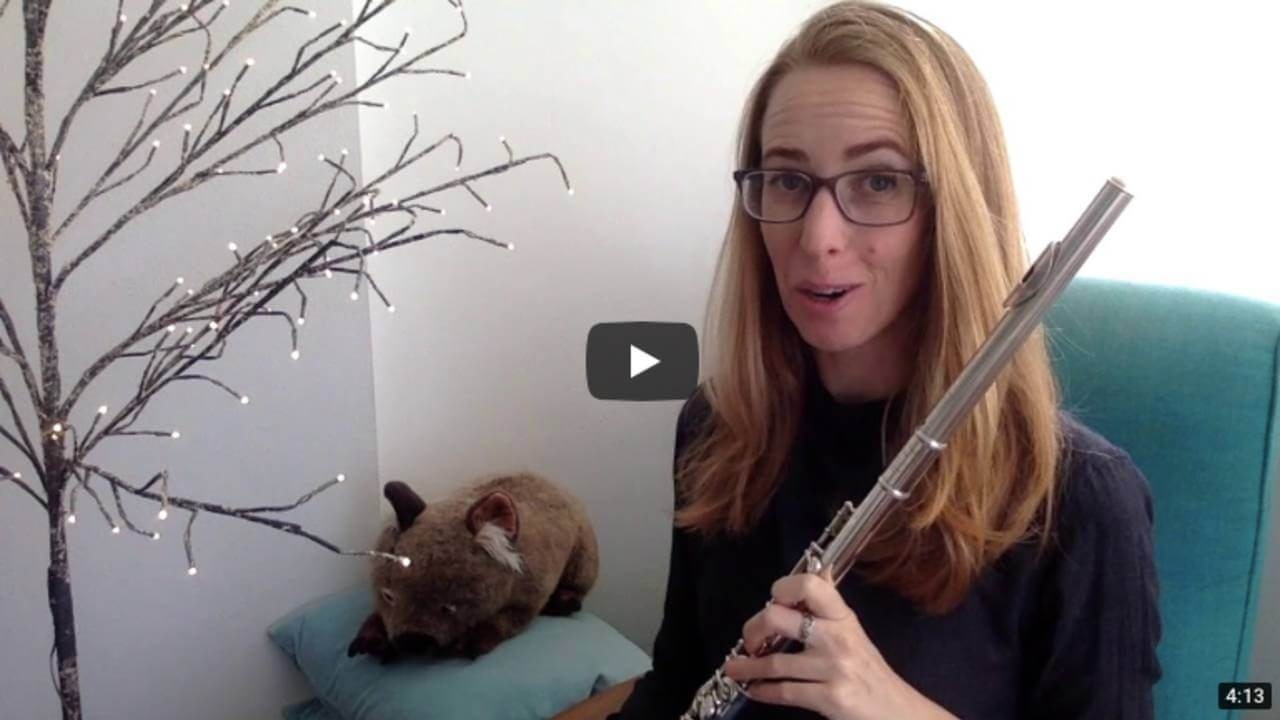 How AIRFLOW Affects Your Playing

Sometimes flute players sound "gappy" or "bulgy" when they play. In this video, I give you a good demo of these types of playing. Plus I'll show you how a consistent air stream really makes this player sounds loads better!

Do you sound a bit "gappy" when you play? Tell me below in the comments!

Hi there during the week, I got an email from somebody asking for help with their flute student. She sent me a little video of this flute student playing and asked me to critique it. And it was really obvious something in the first, like literally 10 seconds of watching this video, you could see something that if the teacher was able to communicate how to fix this thing to the student, this student was gonna be heaps better. So the student was a young teenager, a fantastic player. So good control over her fingers. Great sound. And she was very musical. You could tell she was being very expressive when she played the flute.

However, it was this expression that was getting in the way of her airstream and the Airstream was sometimes fast, sometimes slow. And what was happening at the ends of notes should be flat. The starts of notes she'd often be flat and in the middle of the notes should be really sharp. This happened to phrases as well. So short phrases would be flat at the start and then sharp, where she was blowing harder and then flat at the ends of phrases where she was blowing softer. So the airstream was inconsistent. I'll show you what I mean, I'll just do it on a scale and I'll make my airstream inconsistent.

So you can see it kind of sounds lumpy when you play or like bulgy. If I did the same scale with consistent airflow, it would sound like this. And you can see that sounds much smoother. And the way I describe this to my little students is it's the way to sound more professional playing. Often little students don't have the bulgy problem. They have more problems stopping in between each note, but it's the same kind of problem. It's inconsistent airflow.

So it's a pretty profound little technique. Like it's easy to fix, but if you didn't know, you or your student was doing this, then it's a really hard thing to fix because it's hard to fix something that you don't know what the problem is. So there you go. That's the importance of consistent air and how much better it can make you sound.