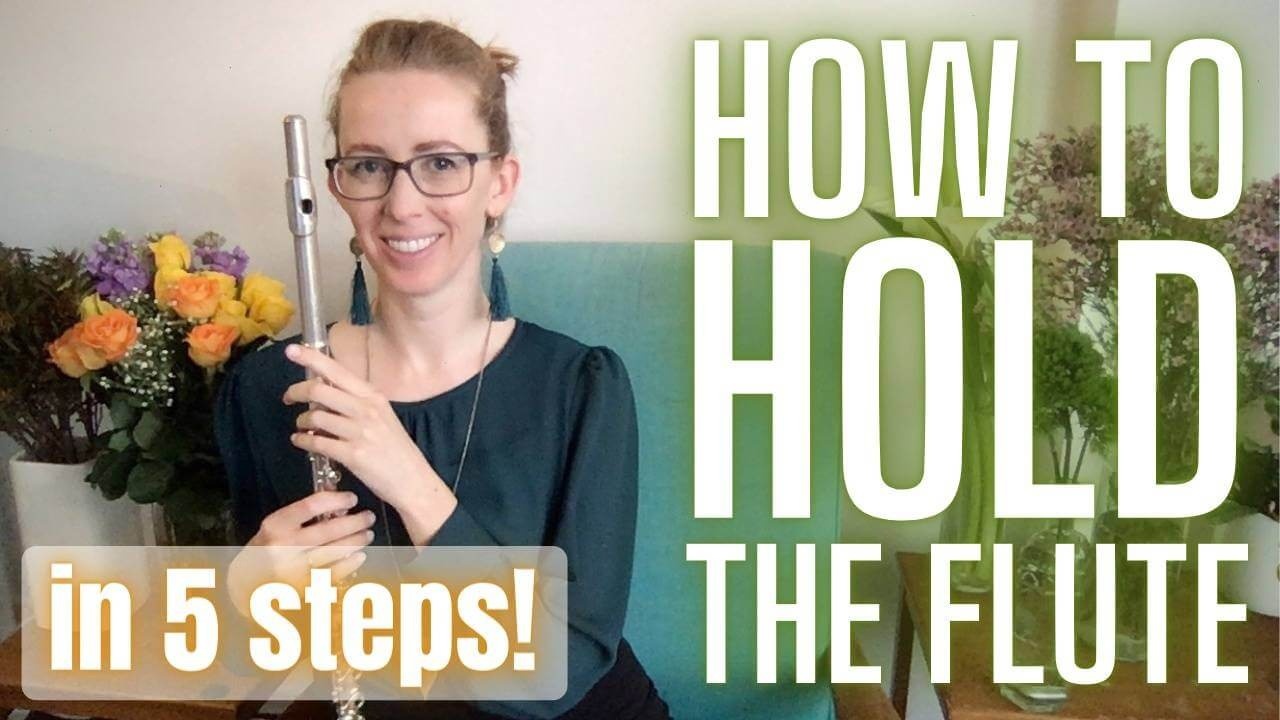 How to HOLD the flute: for total beginners

I decided to distill the common question "How do you properly hold the flute?" into 5 simple steps for you...

How to HOLD the flute: for total beginners

This is a surprisingly handy thing to know, even if you're not a beginner, because who knows if you've been holding the flute just a little bit wrong all these months or years?!

Watch this week's mini-lesson above to learn the 5 basic steps to holding a flute.

Come and see if you've actually been holding the flute right, or if there's a little tweak that you could make which will go towards improving your tone, finger speed, and breathing!

How to hold the flute in 5 simple steps

If you're a total beginner flute player, you are in the right place. You're about to learn how to hold the flute in 5 steps. Five simple steps.

Correct way to hold the flute

I'm Jane. I'm a flute teacher, as you probably guessed. I live in Australia and I love teaching flute players how to make fast progress on the flute, through learning the proper technique.

And you are in luck because if you're a beginner and you have found this video, you are going to be learning the right way to hold the flute right from the start. And like I said, this sets you up for success.

Step One, to holding the flute correctly, we're going right back to basics and not because I don't think you're good enough beyond that. It's because if you learn these basics correctly, you're going to, like I said, set yourself up with a great posture to be able to get great sound, no pain, fast fingers, good breathing, all of that stuff.

he opposite is this. And obviously, that's going to cause you back issues, neck issues and so on. But there's a bit of an in-between that a lot of people do, they think they're bringing the flute up to them. And then at the last minute they do that.

You want to avoid that, bring the flute completely, completely up to you. That's step one.

Bringing the flute up to your mouth

And you're going to try the same thing. Now that you've got the whole flute, can you bring it up to you and not go forward at all?

So not the absolute tips of your fingers and not flat. You want gentle curves.

Correct placement of right hand thumb on the flute

And then we have 1, 2, 3, and then your little pinky curved, if you can. But when you're starting, just do what you can ultimately, you want this pinky curved.

Fundamental part of playing the flute

And here is your final important step. We're going to bring together what I taught you in step one and two with your hands in the right spot. Can you bring the flute up to you? Keep your head thinking like it's got a string out the top.

Can you bring the flute entirely up to you without you doing this at all? Without you sticking your head forward.

If you can get this absolute basic step, you're going to set yourself up for being able to get a great tone as your next step. Now that you know where to put your fingers.