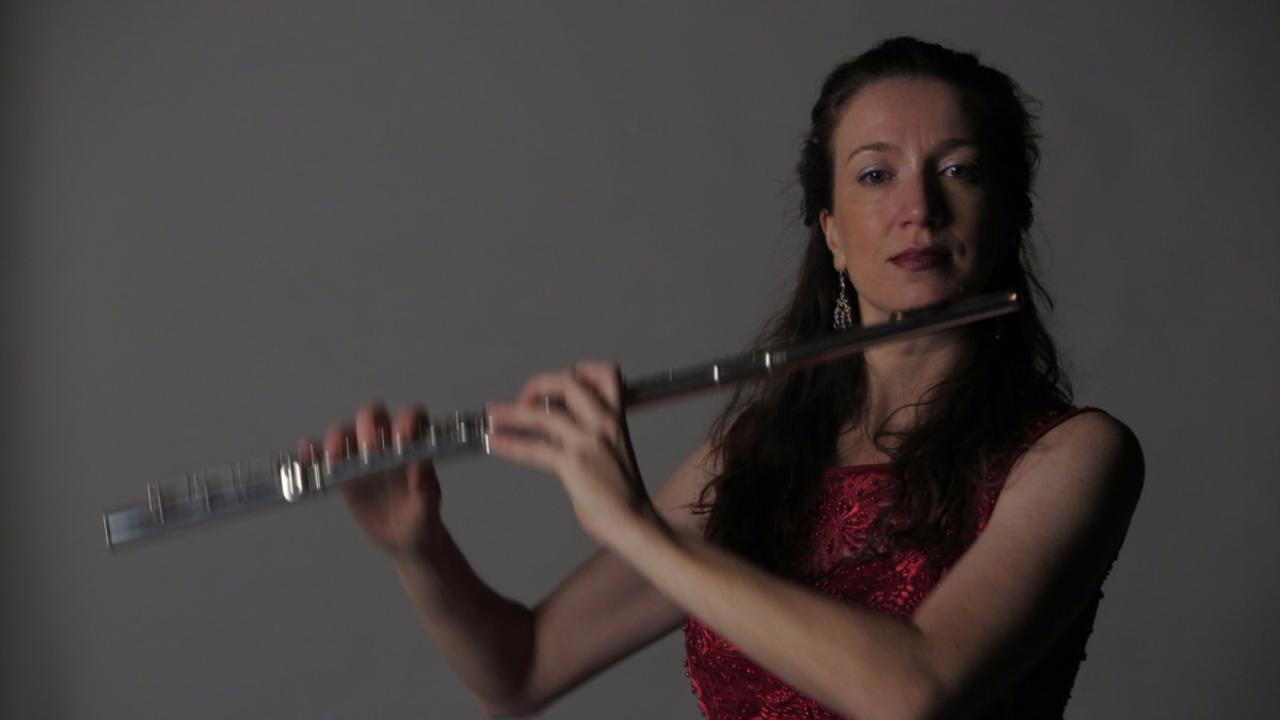 Australian flautist Sally Walker was Grand-finalist in the Leonardo de Lorenzo International Flute Competition (Italy), won 2nd Prize in the Friedrich Kuhlau International Flute Competition (Germany) and was awarded prizes from the DAAD, Ian Potter Cultural Fund and the Queen's Trust.  She has toured and recorded with the Berlin Philharmonic Orchestra, is a former Principal Flute of the Deutsche Kammerakademie Neuss and has performed as Guest Principal Flute with the City of Birmingham Orchestra, BBC National Orchestra of Wales, NDR Radio Philharmonie Hannover and the Australian Chamber Orchestra. She has worked with conductors including Sir Simon Rattle, Sir Roger Norrington, Riccardo Chailly, Gustavo Dudamel and performed in the Festivals of Salzburg, Lucerne and the London Proms. From 2003 – 2005 she played full-time with the Leipzig Gewandhaus Orchestra and in the following year was appointed Lecturer of Flute at the University of Newcastle.

She has been a guest lecturer in Argentina, Germany, Ireland and Sweden. Alongside her chamber music activities, Sally devotes herself to both Early and Contemporary Music. She has performed in over twenty countries and numerous composers have dedicated works to her.  In 2013 she premiered Andrew Ford’s piece composed for her entitled “Once upon a time there were two brothers…” with the Shanghai String Quartet at the Melbourne Festival. She has a long-standing collaborative relationship with Elena Kats-Chernin, having written the text for “Flute Ancestry” and premiered the flute and piano version of “Blue Silence” as well as other works arranged for her. This year she shall premiere Elena’s Flute Concerto “Night and Now” composed for her (with support from the Australia Council) with the Darwin Symphony Orchestra conducted by Matthew Wood. She gained her Bachelor of Music degree from the University of Sydney (studying with Geoffrey Collins), her Artist’s Diploma from the Hochschule für Musik und Theater Hanover (studying with Prof. Andrea Lieberknecht) and her Master’s degree from the Hochschule für Musik und Theater Munich (studying with Prof. András Adorján). 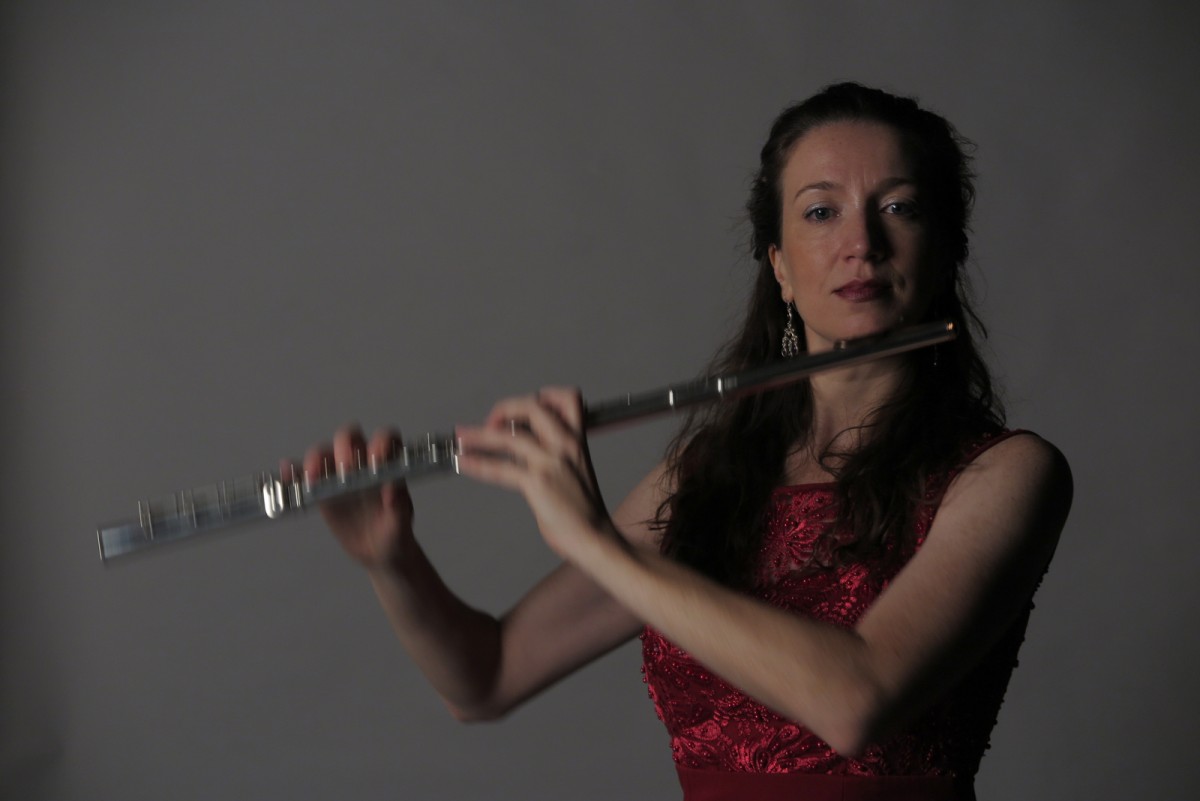 I am not really sure what my greatest achievements are as achievements seem to imply a conclusion, a finite end and I am more interested in the ongoing process. Perhaps (if I may alter the question?), “What are my greatest experiences?” is an easier question to answer. Certainly, playing with the Berlin Philharmonic, Leipzig Gewandhaus Orchester, Deutsche Kammerakademie Neus, Kölner Kammerorchester and the Australian Chamber Orchestra were all thrilling experiences for different reasons. The exhaustive preparation for and audition process of the Gewandhaus Orchester (with the last two candidates playing the final round side by side on the stage, one excerpt after the next which is the standard practice for former East German orchestras) is an experience I will never forget. Playing in orchestral sections with Emmanuel Pahud and Walter Auer at the helm was very exciting and later teaching together with Walter was enriching. Every member of the eight-person section of the Gewandhaus Orchester flute section I admire greatly and loved the variety of the permutations of the roster meaning you were constantly playing with different combinations of players. Working with conductors such as Sir Simon Rattle, Gustavo Dudamel, Sir Roger Norrington, Heribert Blomstedt, Riccardo Chailly, Daniel Harding, François Xavier-Roth as well as ACO leader Richard Tognetti has been enormously inspiring. Collaborating directly with composers such as Elena Kats-Chernin, Knut Müller, Coco Nelegatti, Andrew Ford and others on new works is deeply rewarding. That is something of lasting benefit to future flautists. Recently I recorded an ebullient piece by Sally Whitwell, which I am hoping many others shall play. Currently I am in daily communication with Elena Kats-Chernin about her flute concerto for me, an intense and poignant work, which shall be premiered in October 2015. Making deep friendships. Having met great players at international competitions and revisiting them later by ending up playing or teaching with them. Friendships made through music that last decades are the best. For me, music has incorporated another love: travel. Through music I have been able to perform in most of the great concert halls and in many countries.

I think there are some common attributes: a deep, sincere love for music; an ability to focus on the craft itself; being curious; being self-reflective, being able to process criticism and work on weaknesses; finding new ways to stay fresh and inspired in practice and being methodical about technique. If I consider the students of mine who have done very well, their serious approach preceded their level. One student, from the very beginning, recorded lessons and transcribed them in calligraphy with a fountain pen into a leather bound journal. That is a committed approach. Not surprisingly, this student went on to be Principal Flute of an important European orchestra despite starting flute as a late teenager. Although I believe very much in having an excellent, comprehensive, childhood music education, I have witnessed two of my students who started flute at age 15+ obtain great orchestral positions. Will (plus a well-organised practice schedule!) can move mountains.

There are too many to list and I would hate to leave someone out. Aside from modern classical flautists, I also enjoy listening to historical instrument performers and flautists from non-western cultures. The common qualities of each that I find inspirational are: musical sincerity; imaginative use of tone colour and nuance; and ultimately being expressive enough to move listeners without technical hindrances.

It can be difficult getting back into practice after time off. I work through a number of very healthy but difficult exercises that address: breathing, tone, resonance, finger dexterity, intonation, dynamics and flexibility. As I play early flutes too, I try to alternate the scales between instruments so that I am testing my memory of the different fingering systems. Being able to alternate quickly between instruments takes practice too. I remember something a double bass player from the Montreal Symphony told me. After I said “it is amazing how quickly one gets out of form”, she said “yes...but equally amazing how quickly one gets back into form”. Something I remember when practice seems uphill. After a break, it is also a great chance to “restart” with good habits. Going back to the fundamentals and seeing if there is something in your posture or hand positions that you wish to improve as you have experienced a system break.

To learn works from the full Urtext (original) score, not the flute part. Thank you, Prof. Andrea Lieberknecht for this advice. This means you learn the work from the outside in. It helps you to learn context and have a sense of the whole story. To go to Urtext means to go as close to the source as possible. The great French actress Juliette Binoche said that acting is like “peeling an onion”. I think music is much the same. There is always another level to explore.

To listen to and read about specialists (not necessarily flautists) who have devoted their lives to the particular period of music/composer/genre that you are playing.

One has to be proactive in prevention, otherwise the long hours spent in an asymmetrical position take their toll on the body. A Masters student of mine has conducted experiments on the impact of an exercise program on flute playing, revealing an enormous improvement in both playing and well-being with those who did the exercise program compared to those who did not. 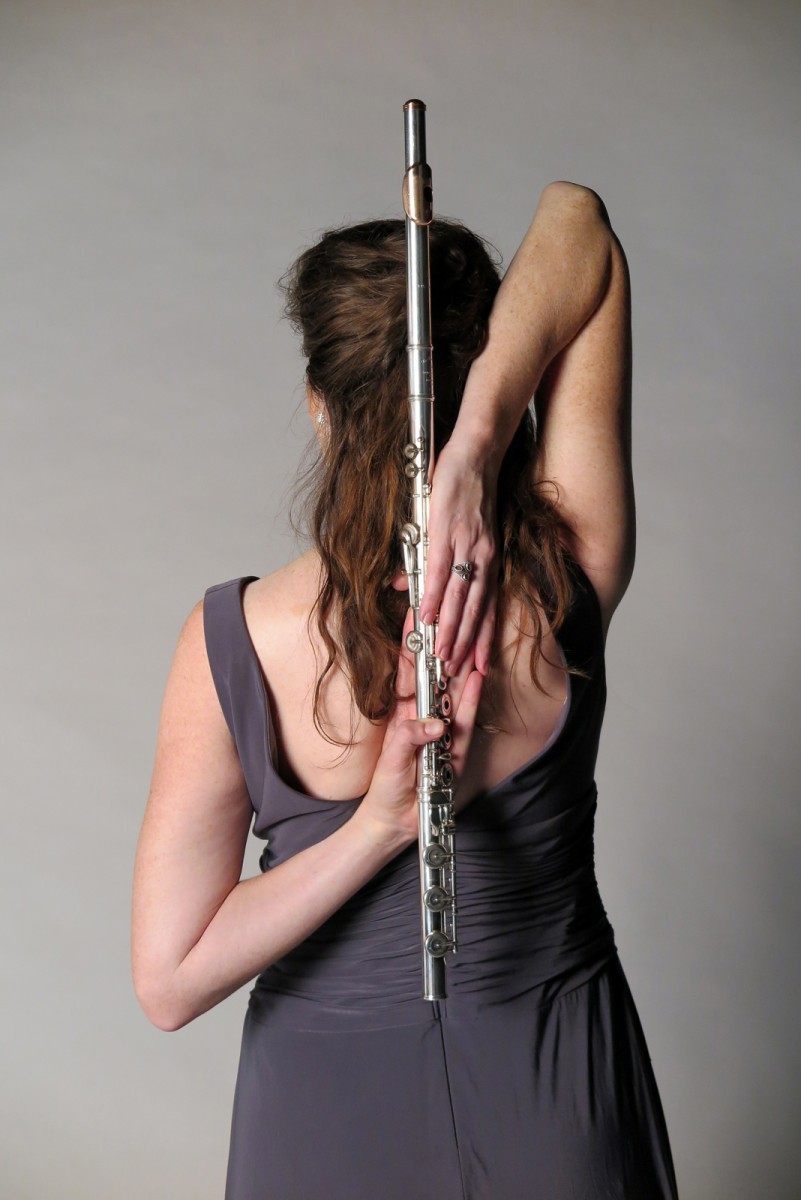 I took weekly Alexander Technique lessons for a year, which changed everything for the better. It gives you a great set-up and has a beneficial impact on breathing and posture. I do regular exercise, alternating cardio training for strength and stamina with yoga for flexibility and relaxation. Additionally, I have a set of exercises that a physiotherapist helped me organise which are essentially stretching the muscles contracted whilst playing to restore balance.

When I first went to Germany, I undertook the rigorous training it is known for. My first six months with Prof. Andrea Lieberknecht just involved a series of technical exercises, focussing on one exercise per lesson very thoroughly. These exercises came from her professor, Prof. Paul Meisen. I still do these daily and they cover resonance, staccato, legato, dynamics, intonation and finger dexterity. I wish they were published. I also rotate all the French classics: Taffanel et Gaubert, Moyse and Altès. Trevor Wye’s “Advanced Practice” book is very helpful too.

After a couple of decades of performing, there is quite a collection of funny anecdotes. A conductor using an Italian bread stick instead of a baton for the premiere of an opera. Having a conductor bring an orchestra in before I had finished a cadenza and was on the dominant chord. In “The Magic Flute”, the Queen of the Night being suspended from the roof for her famous aria and not being able to be reeled back up out of view after. Hearing the sound from an orchestra dissolve slowly during a blackout. The incongruence of needing to wear fluorescent ski pants under a long black skirt for the sacred St Matthew Passion as it was without interval in an unheated German church… Probably the weirdest of all was the first time I played Mozart G Major with orchestra. It was in an ancient church in Cologne. Whilst the orchestra played the overture, I thought I would find somewhere quiet to play a few sustained notes. I went down the stairs and followed a corridor. I opened some glass doors and they closed mysteriously and firmly behind me. Some dreamy people in white coats floated towards me – standing baffled in concert dress with a flute. I was unable to open the doors that had locked and realized that I was enclosed in a mental hospital. I could hear the overture come to an end, heard the applause and was really not sure what to do. Luckily, a nurse came quickly and let me out. Walking onstage, the conductor breathed behind me “where were you?” I said “well, actually it is a very funny story”. 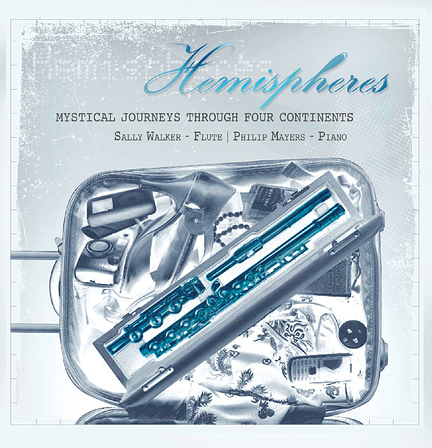 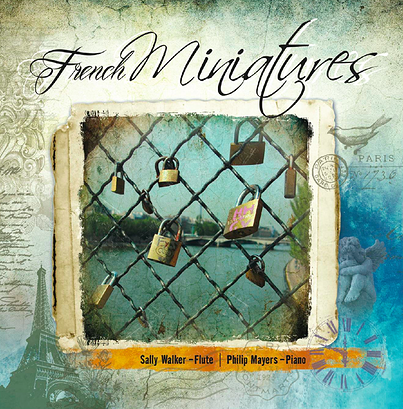 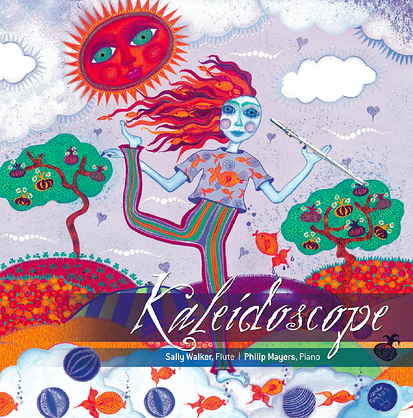