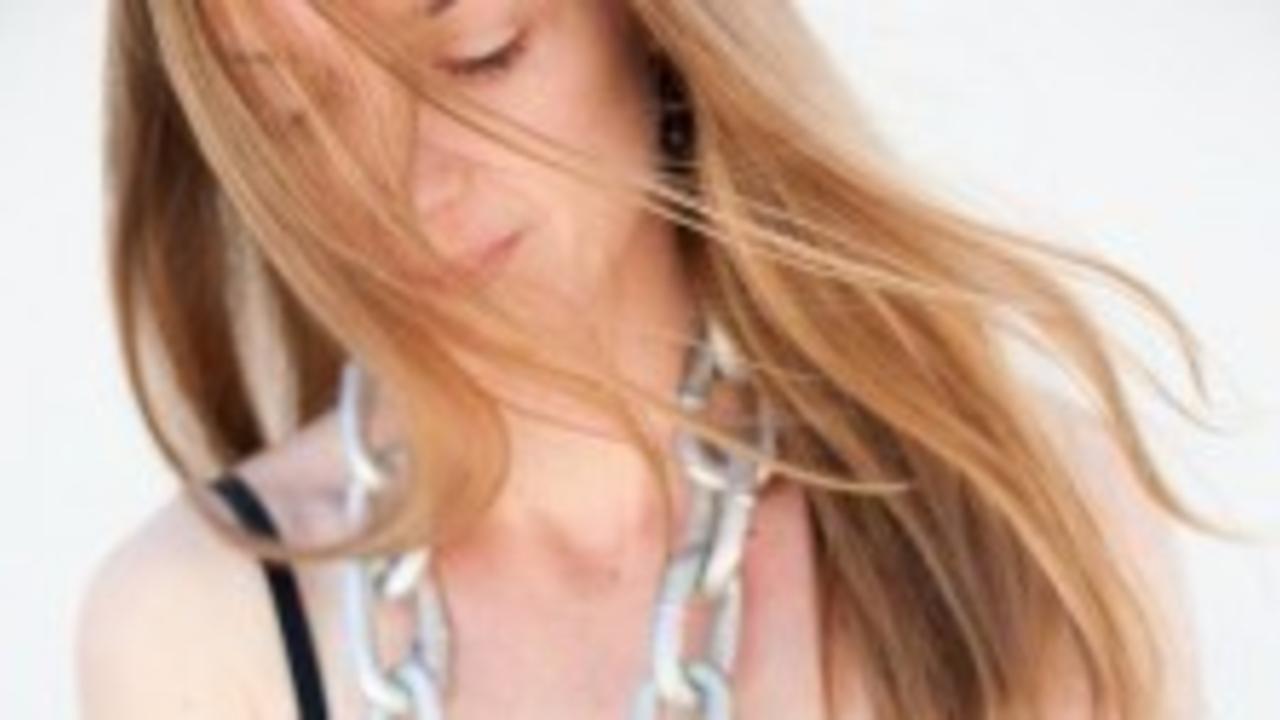 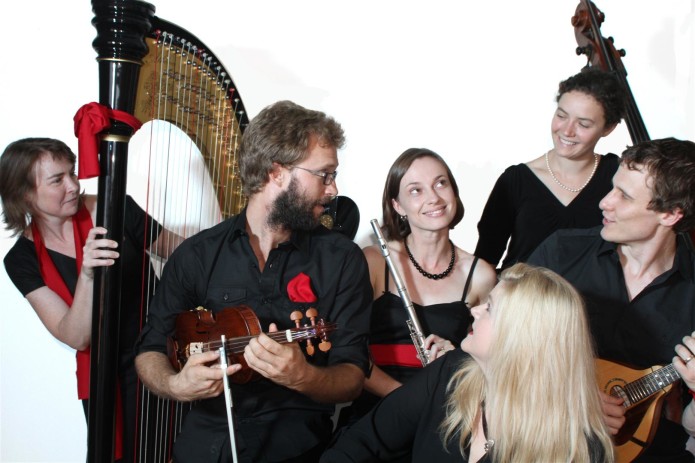 Kiri Sollis is flautist for The Griffyn Ensemble, one of Australia's most innovative contemporary chamber ensembles, and specialises in piccolo and contemporary chamber music. She is based in Canberra, where she has around 40 private students, teaching primarily at Radford and Daramalan Colleges and in the ANU preteritary chamber music program. Kiri has performed over 50 Australian premieres and over 15 world premieres as chamber musician and soloist, including the Australian premieres of David Bedford's Recorder Concerto which she adapted for flute, piccolo, alto and bass flutes, and Estonian Urmas Sisask's Flute Concerto (both with Canberra string orchestra Musica da Camera), and the world premiere of Michael Sollis' Perelandra Piccolo Concerto. Kiri has toured and recorded extensively with the Griffyn Ensemble and as freelance flutist, and has performed and recorded with the Sydney Symphony Orchestra and the Tasmanian Symphony Orchestra. She has over fourteen years of teaching experience and as mentor for chamber musicians. In 2008 Kiri launched the Griffyn Mentoring Project which was shortlisted for an Australian Classical Music Award for Services to Education. 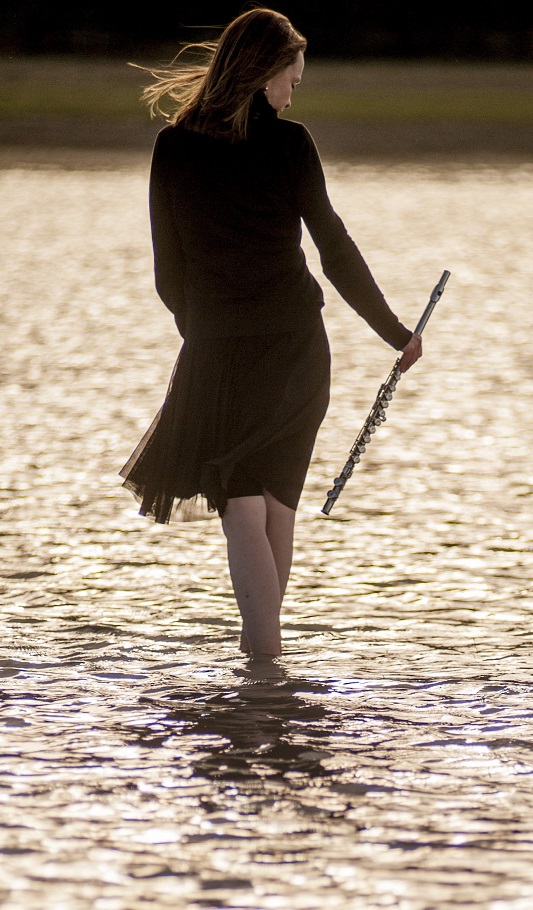 My involvement with the Griffyn Ensemble. My husband (composer and director) Michael Sollis and I started the group together after we finished studying and we are now in our ninth year (!). It has been fantastic to be involved in every aspect of presenting diverse and exciting chamber music over that length of time. We have worked with some incredible people, including astronomer Fred Watson, the Swedish contemporary ensemble Pearls Before Swine Experience who we hosted for a collaborative festival in Canberra in 2013, pipa virtuoso Hongyan Zhang, artist Annika Romeyn, dancers, weatherman Rob Gell. It's been incredibly diverse and always about so much more than the music - it's really important to us to put music in a wider context. We've presented many Australian premieres and world premieres and I've been extended in many different ways, not just in tackling difficult chamber repertoire on flute, but in performing serious contemporary pieces on descant, treble, tenor and bass recorders as well as all the flutes, and improvising with pop duo The Cashews for an entire concert program (2014), to just last month performing traditional Chinese repertoire with famous Chinese pipa virtuoso Hongyan Zhang. We hold a subscription series in Canberra each year, performed in amazing spaces such as the burnt out ruin of a telescope at Mt Stromlo, historic Melbourne Gaol, an aircraft hangar with huge sound and lighting for Canberra's Centenary, we've toured for Music Viva in Schools, toured regionally, and are looking like heading overseas to open a festival in Scotland later this year. It's really hard work, we do everything ourselves including answering the phone to sell tickets right up to the gig, but the highlights have been amazing and the future looks busy!

A clear understanding of themselves, and something personal they want to say with their playing. Of course they need fabulous technique, and to get that they really need to understand themselves and how they work best. I try to discuss how to practice with students, and to recognise that everyone is totally different – a student needs to understand what works for them and to go with that whether it's what other people are doing or not. It's important to practice deliberately and mindfully, to always practice in a focused way and just not aim to clock up the hours.

I actually don't listen to all that much flute playing, I prefer to listen to great musicians of all genres – I try to focus on musicality and feel that I just happen to use the flute. I personally have a great respect for people who work really hard, people who know how they work, who have figured out what it is that's specific to them, and do what they need to do in order to achieve their goals.

Hmm. Well, a simple statement that stuck was Janet Webb once telling me not to paint my whole house hot pink (I've always enjoyed making a big sound!) – variety of sound is what makes us value the hot pink moments. Janet has always been the right teacher for me, she communicates in a way that really resonates for me. She influenced me at the right time (I was about 19) to try to understand myself and my personality and how it can work for/against you in performance.

Play your flute every day! Play anything, for any length of time, but just get into the habit of playing often – everything is easier when you've done it recently, and it's more fun when it feels good! 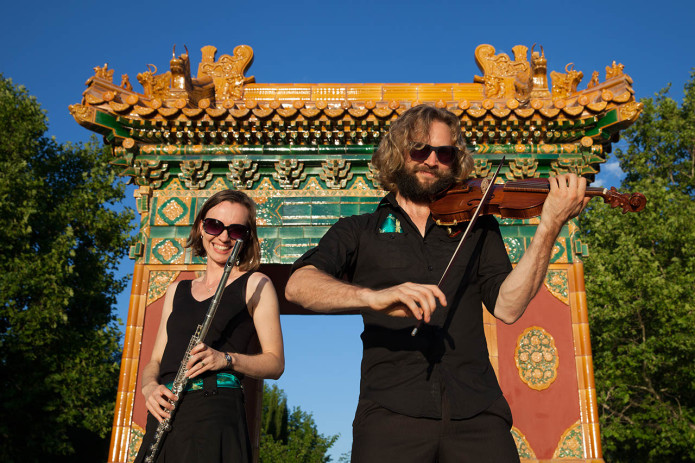 Figure out what works for you. Don't play for hours at a time. Plan exactly what you want to do in a performance - especially breathing, phrase direction, how to focus at exactly the right moment in order not to mess up that technical spot - and practice maintaining a mental state that allows you to focus and do as you've planned.

I've been lucky so far. I don't practice for hours at a time, I have regular breaks and stretch. For me it's about understanding your physical structure and making minimal alterations to a good natural posture to hold your instrument. The first time I had any trouble was after playing a borrowed alto flute in AYO for Daphnis et Chloe, I'm just too small to play alto with a straight head! I've played a lot on a curved head alto since and it's absolutely fine, I recommend using a curved head!

I focus on maintaining a good sound, harmonics, smooth scales and flexibility exercises. I always have Taffanel and Gaubert in my bag for when a student is late or doesn't show up. 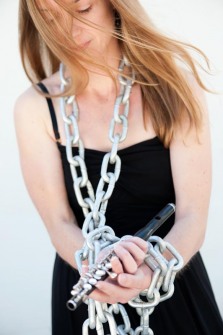 I seem to have fallen into the role of Griffyn Ensemble stunt person when it comes to promotional photo shoots. We once waded out into the middle of Lake George on a windy 7 degree day in order to capture a beautiful photo for the Water into Swine festival (collaborating with Sweden's pearls before swine experience, for a concert with a water theme) It was so windy the shallow water was being blown across the flat lake bed and we kept having to move because there was no longer any water behind us. The mud went well above my ankles, it was bitterly cold in my little black dress, it took a couple of hours to restore feeling in my feet, at one stage the car got bogged - but the photo looked great! Another image was for our concert of music written in prisons and concentration camps, where someone's bright idea ended with me wrapped in really heavy chains kneeling on concrete. Quite painful with big red welts revealed on my skin when I was unchained!