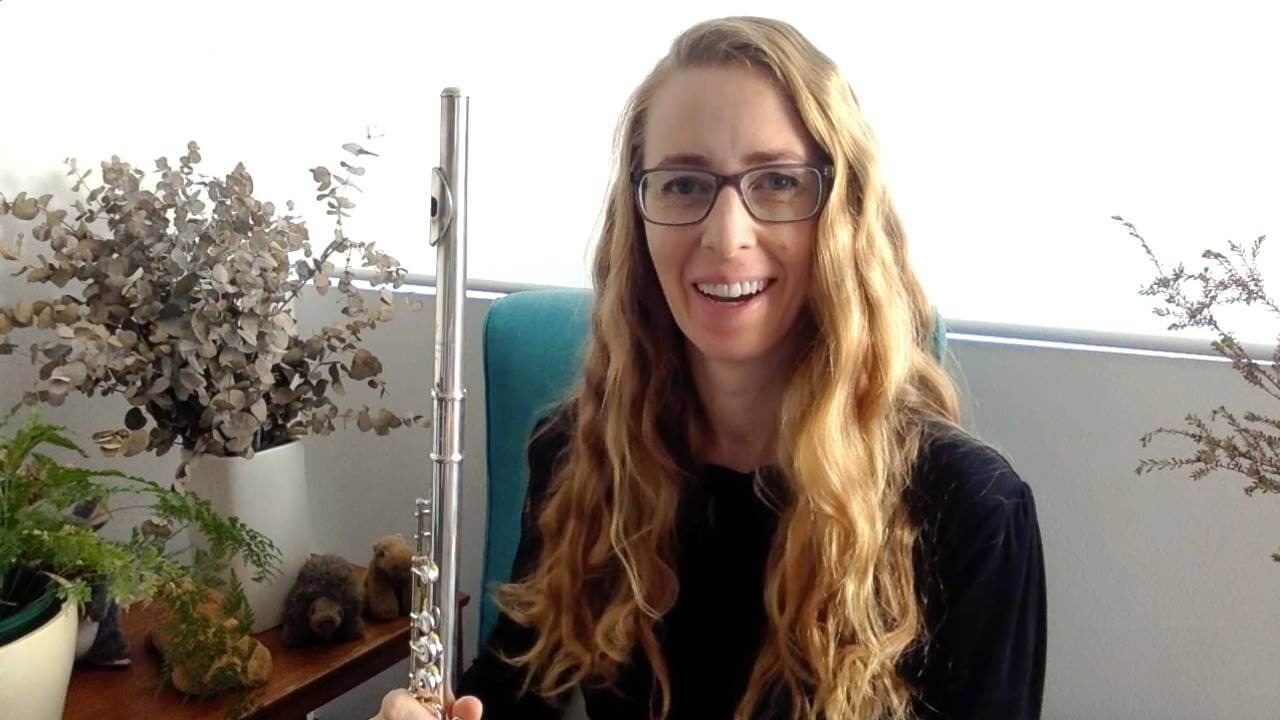 How to Play FLUTE DUETS With Yourself!

If you've always wanted an extra "you" to help out with life, here's your opportunity!

How to Play FLUTE DUETS With Yourself!

Just a clever way to play flute duets when there is only ONE of you!

I demonstrate 2 duets here for you, including the beautiful Flower Duet (which you'll probably recognise).

Watch the 7 minute video above, and learn the easy (and less ethically questionable) way to have a duet partner that plays the flute just like you!

Flute duets with yourself

Good morning. I'm going to show you today, how to play duets with yourself. It's a very simple idea, but if you haven't thought of it, you're going to go, oh my gosh why didn't I think of that myself? That's what happened to me anyway when I realized I could do this.

I am Jane my business, the Flute Teacher school is all about showing people, tiny little changes that they can make to their flute playing that make a huge difference to the way they sound, the way they play and the way they feel about their playing. In other words, quick results. Stick around to the end of this video, and you can try out the brand new free minicourse that I just finished creating. It's a short lesson every day for three days that you can get for free that quickly improves your tone on the flute.

So right now I'm gonna show you how to play duets with yourself. What you need are these three things, one, obviously, a flute, two, a duet to play, and three, a phone, more specifically a phone that has an app on it called voice memos or voice recorder. I think you can get these for all phones as long as it's a smartphone. If you don't have a smartphone, you can probably find a voice recorder on the internet for your computer.

I'm gonna show you how to record one part on your phone, then play it back and play along with the other part. So at this point, you're either going, oh my gosh, what a great idea or you're going well. Yeah, that's obvious. So either way, there are a couple of guidelines that I need to give you about which pieces work or not.

Record the flute part with the most movement

Okay. So I thought about this before recording this video. I'm like, how do I actually say this in one sentence? So I wrote, you need to record the part with the most movement. Now that might not mean anything. So I've got two examples for you. The first example here is called a Feather In My Cap. It's from flutunes.com, it’s free. You can get it, they've got a bazillion flute duets there.

We are going to record the top part on the phone. The reason is that the bottom part has a rest to start with, and it's easier to follow when you are playing along and you're playing the second part. It's easier to follow the first part cause there are notes. If you try and follow a part that you've recorded, that has rests. It's very hard to follow silence.

Count yourself in when recording

Okay. So let's record this. I'll grab my phone. I'm going to record just the first line of the first part. And then I'll play along with the second part and you'll see that this works really well. Make sure you count yourself in, because like I said before, it's very difficult to follow silence when you're playing along with the recording. You can't read the mind of the person who's recorded it. One, two.

All right. So that's recorded now, play it back, put the volume up as high as it possibly goes, and let's go, I'm gonna play the recording of the first part and I'll play along with the second part one.

So that's kind of cool. And now the second example of a piece that works is the Flower Duet from Lakme. This is also flutetunes. You can see here that the part with more movement that you want to record is the second part. And the reason for this is the same. It's very difficult to follow something that's either resting or not moving. And if you record the top part, see how there's that long D sharp as the first note, if you try and follow that, you try and read the mind of the person who's playing, which is you on the recording.

You dunno when they're going to move on to the next note. So you want to record the duet with the most movement. So I'm going to record the first four lines of this. It's a really, really nice duet. If you've never heard of this, you'll probably recognize it. All right, here we go. Recording the second part, one and two.

I'm going to stop there because the next bar has a low B in it. Most flutes or a lot of flutes, don't go down to B, it's only if you have a B foot with an extra length here that you'll be able to play that low note. I use a C foot, not a B foot. So I can't play that low note. It doesn't matter. You can just play an E instead, something else that sounds right. So now I'm gonna play the recording back and I'll play along. So I'm gonna play the top part this time. Here we go.

Now the strangely really good thing about this is because it's the same person on the recording, there's two versions of yourself. You're going to have the same breathing habits, the same intonation, which means that you can follow yourself. It's quite easy to follow yourself in the recording because you can hear your own breathing. You'll be in tune with yourself most likely. So it's a bit of a win-win, it's a win for you. And it's a win for you. Oh my God, that was a bad joke.

Anyway, that is how to play duets with yourself. By the way, if you're a teacher and you have students, you can also play trios with yourself. You can record one part and then you and the student play live the other two parts. So that's kind of a little bonus if you're a teacher. Now that mini-course that I was talking about, come and join me at www.flute.school/free and I'll teach you over three days. It's a five-minute video every day for three days. Three tiny techniques that make an instant difference to your sound. The quality of your sound. Hopefully I'll see you in that minicourse and if not, I'll see you next week for another video. See you.