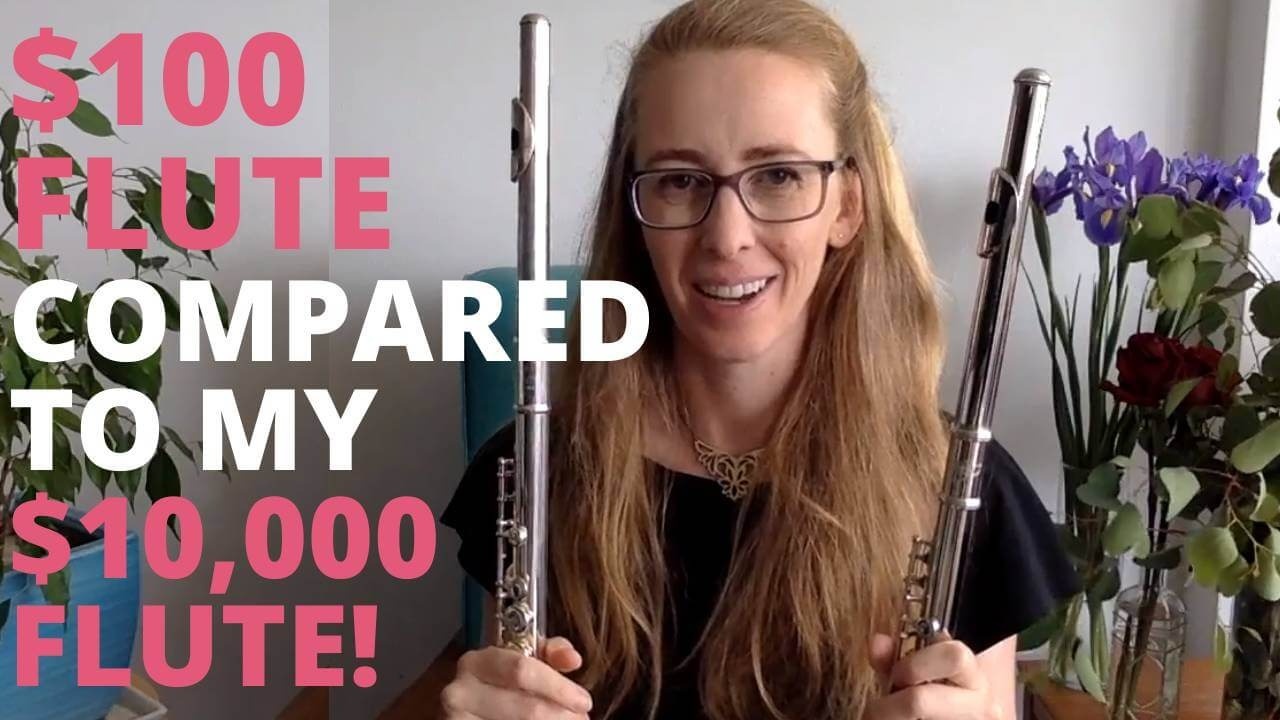 Days before the lockdown, I received a text photo from my friend of an ALDI catalogue, selling flutes for $100.

My first reaction (of course) was "Oooh I want to try that flute and see how bad it is!"

I unwrapped the layers and layers (and layers) of packaging at home, and started to play...

But! Today's video is not about me laughing at the cheap flute!

> It's actually to show you how surprisingly good it sounds, and why...

Watch the comparison above.

I have just unpacked this cheap as chips, Aldi flute. It was the equivalent of about a hundred US dollars and it actually sounds pretty good. So I'm going to compare it. The sound you get to hear this between a hundred dollars flute and the $10,000 flute. That's my one.

All right, here's the $10,000 flute. If you're curious, it's a Muramatsu with a Williams head joint but that's not the point. Let me just play a scale, something so that you can hear how this sounds. All right. Now let's do the same thing on this Aldi flute.

It is this, did you notice that rubbish flute, professional flute sounded kind of similar? I know you could hear some differences. I would say they sounded surprisingly similar.

This a hundred dollars flute works really well straight out of the box. I suspect that it’s not really going to last more than a year or two, just mechanically. It's going to get a little bit outta whack, I suspect.

Not a lot, right?

So most of what you hear, whether it's an expensive flute or a cheap flute, is the way the person plays. The best way for you to invest some time and effort into getting better at your flute playing is to check whether your embouchure is actually really correct.

Come and do this free mini-course www.flute.school/free. It's called how to instantly improve your tone on the flute.

And the way I show you how to do that is by checking whether your embouchure is actually correct. It's your embouchure that produces the tone, a good tone on the flute. Of course, it is the flute as well, but again, how much difference did you hear between those two? It was marginal, right?

I made this free mini-course because it's so straightforward to instantly improve your tone on the flute. When you know how, it's just so obvious and I really want you to know that, which is why it's free and which is why I made it.

How to get a clear tone on a cheap flute

So come and join me at www.flute.school/free. And let me show you over three days in this, mini-course how to adjust your embouchure so that you get a much, much clearer, stronger sound on the flute. I'd love to see you there. Bye.