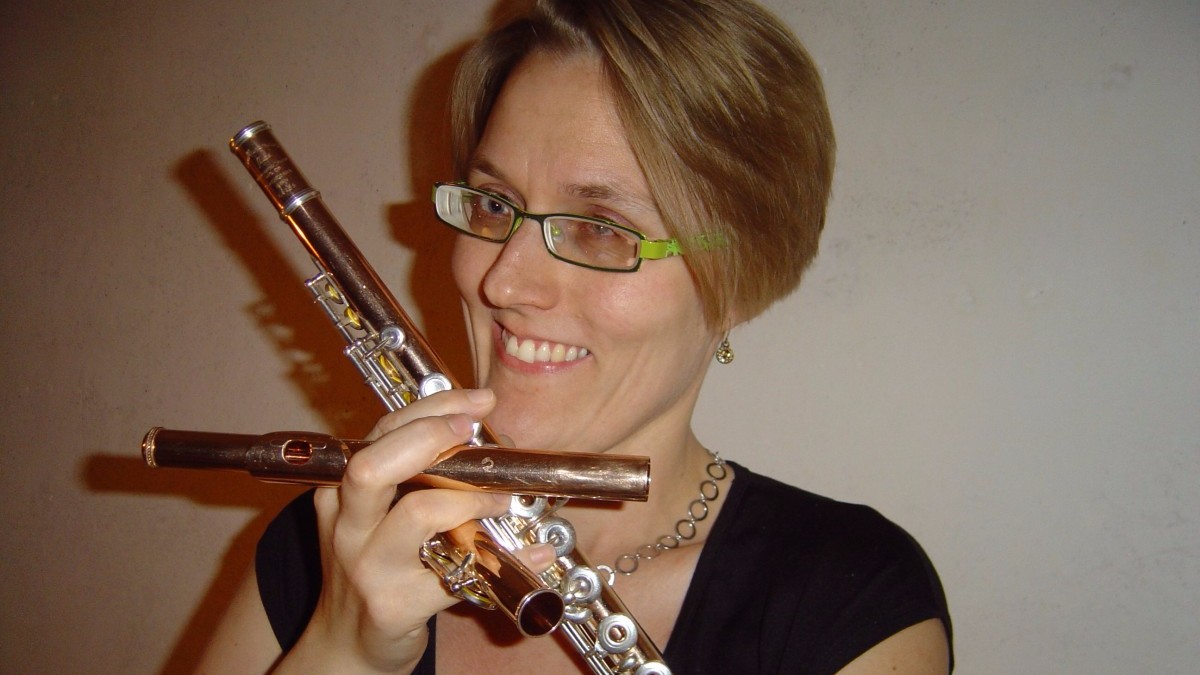 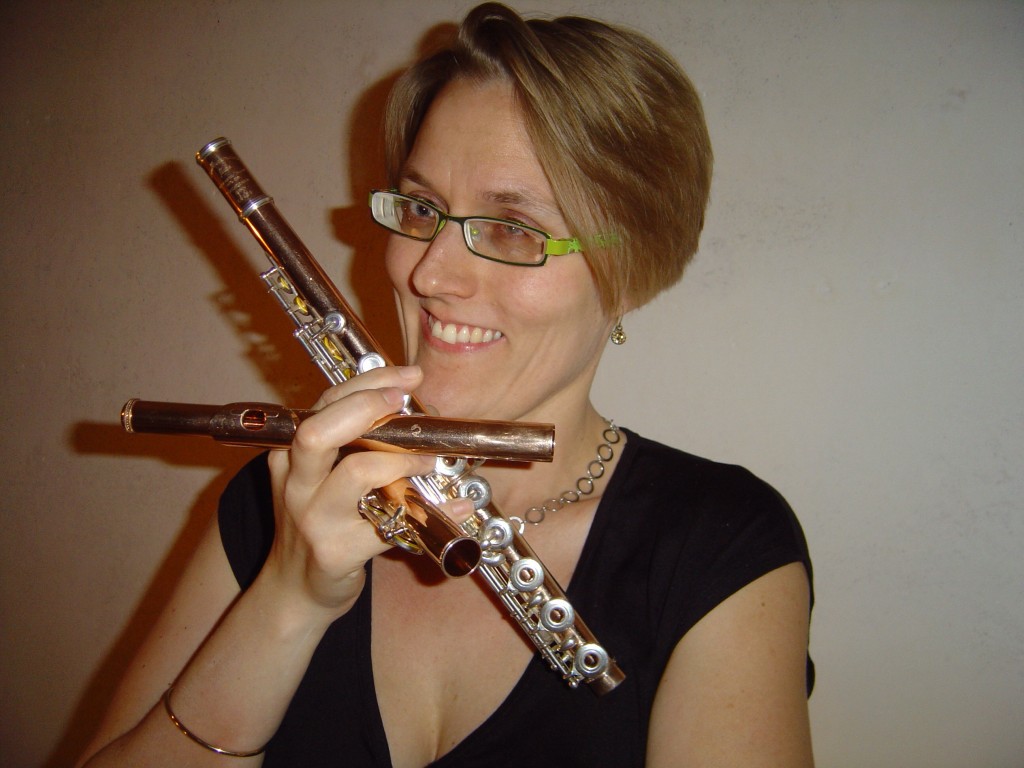 Interviewing Pernille Böser marks the first fluterview with a flute player outside of Australia/New Zealand. Pernille is a Danish freelance flutist and flute teacher, living and working in Denmark.

One of my greatest achievements as a flute player has been to overcome my fear and improvising in a concert after holding on to my music for 15 years. The feeling of crossing a line that I had always been afraid of even looking at was fantastic.

That they are "hungry" and eager after trying out new things (for instance, I recently introduced flutter tongueing to some of my pupils, and one of them just couldn't do the flutter thing... For weeks she was trying and trying, and finally she got it!). They have to have a natural way of producing a nice, equal sound. And some imagination, so that they can tell a story with their music.

The most inspirational flute players I've met are Wissam Boustany and Ian Clarke. Wissam is the most important teacher, I've ever had. He has so much knowledge of life and is absolutely amazing at drawing parallels between the music you play and everyday situations in order to get you to a good solution/interpretation/idea. He has an amazing ability to express himself and he's the only person who has never bored me one minute with nonsense talk!! He also has a fantastic way of challenging you and pushing your limits over and over! At the same time, he himself plays very beautifully with a lot of colour and emotions. The second person is Ian Clarke. He's interesting to me, because he does all these crazy, impossible things with the flute. Always on a journey to expand the possibilities of what is doable with the flute. And most importantly, he composes the funniest pieces of music that have opened my doors to the extended flute technique world (and before I met Ian, I had no interest at all in extended techniques!).

After a break, I always start with playing slow notes in the first octave. For me, the first octave is very relaxing to play (I don't think that's normal for flute players?!), and therefore it's a good way to build up my sound to my usual standard. At this point, the sound is the most important.

When Wissam Boustany showed me the benefits of memorising music. The moment when you move your focus from the little dots to the bigger lines and when you begin to understand that.

I never really had injuries from flute playing, but I think that people who suffer from that could benefit a lot from yoga classes or Alexander Technique.

I don't believe in "daily exercises". I rather think that one should integrate the exercises in the pieces they play and not isolate technical issues.For instance, if one needs to practise sound then why not just practise it within the piece?

I don't know if this is one of the weirder or funnier things that sometimes happens... But I find it crazy when I sometimes travel 2000 km to a masterclass or something similar and all of a sudden I meet people that I've met 10 years earlier in a completely different place or situation. The fact that the flute world is so small is a bit weird and crazy!

You are never too old to learn (no matter what teachers might tell you!). Don't let age stop you from taking up new things...